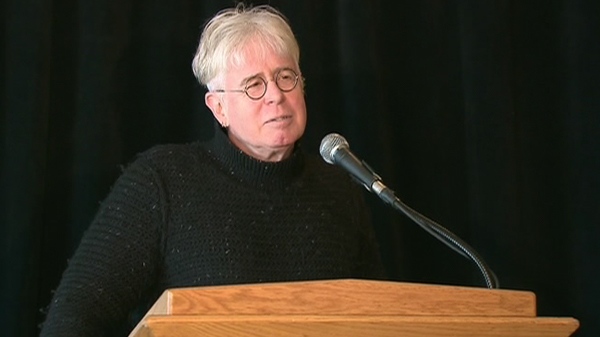 Bruce Cockburn speaks during a press conference announcing the acts for Luminato, in Toronto, Tuesday, March 9, 2010.

The memoir, to be published by HarperCollins, is due for release in April 2012.

Cockburn has made some 30 albums and is also known for his activism on issues like the environment and Third World debt.

The singer says he's been approached in the past about doing a book on his life, but always thought it was too soon to do such a project.

Born in Ottawa in 1945, Cockburn's songs have been covered by Jerry Garcia, the Barenaked Ladies, Jimmy Buffett, and k.d. lang.