Brian Topp: From the print shop to Parliament 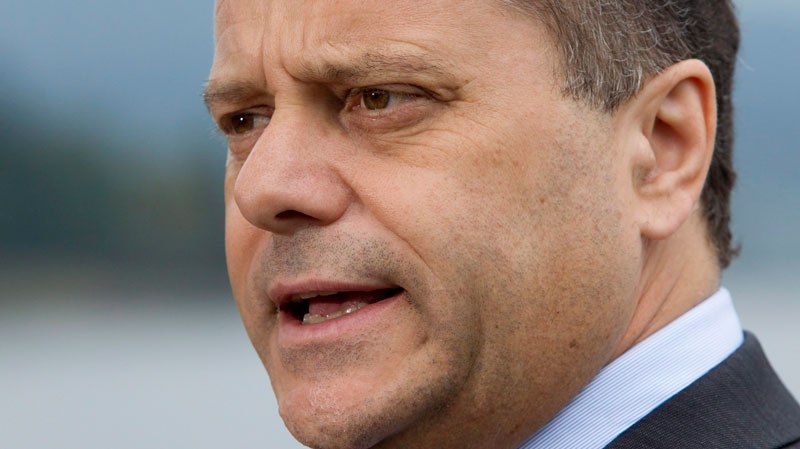 Brian Topp was taking political punches as far back as his McGill University days.

Like the sharp rebuke he got from Bob Rae during a 1981 campus visit.

Rae, then serving as a finance critic for the New Democrats, was on a speaking tour with NDP Leader Ed Broadbent.

Broadbent and Rae spoke to a group of students and Topp got to ask a few questions for the campus paper.

"I did get myself into a little trouble with Bob because I was a little rude in my questioning," Topp said in a telephone interview with CTVNews.ca.

In fact, Topp was cut off after a single question that suggested Rae's ideas were outdated.

It wouldn't be the last time Topp tussled with an opponent, nor would it be his last run-in with Rae.

Another memorable moment was Topp's sit down with Réne Lévesque.

"I got to do a one-on-one interview with him, which is without any question the most intimidating 10 minutes that I've ever had in my life," Topp said.

"Rene Lévesque, was of course a journalist before he went into politics, and I think he knew exactly what he was dealing with, which was a nervous 20-year-old."

While Topp may remember the stumbles of his student days, campus friends recall a very different picture of a young man whose ambition and focus belied his youth.

"Even at that young age, he seemed more like a grown-up," said Chris Cavanagh, who was the McGill Daily production editor when Topp was working at the paper.

Cavanagh was always impressed by Topp's sharp mind, political acumen and his ability to get things done -- the same kinds of skills that would get the future NDP president noticed in the years to come.

From the print shop to Parliament

After leaving McGill, Topp founded a print shop in Montreal and launched a short-lived magazine.

Within a few years, some of Topp's politically-active friends joined the New Democrats and came looking for help with their projects.

"Because they knew me, they would just wash up in my type-setting shop and ask me to set up their posters and their pamphlets, preferably for free," said Topp.

"I would often let them do that. And I knew these folks and I could see that they were getting sort of excited about the New Democratic Party."

One of Topp's clients during this period was Phil Edmonston, a journalist and consumer advocate who would win a seat for the New Democrats in a February 1990 byelection.

Edmonston said he would often chat with Topp, whom he viewed as being a fellow "left-of-centre" guy with a deep understanding of politics.

"He had a most important ability I thought and that was to be conversant with the power structure," Edmonston explained during a telephone interview from San Francisco.

Topp actually worked for Edmonston on two elections in a short period of time.

Edmonston was defeated in the November 1988 election, but ran again when the incumbent Progressive Conservative candidate Richard Grisé resigned from Parliament after being convicted of fraud and breach of trust.

When Edmonston won the seat, he offered Topp a job as his legislative assistant.

"I jumped at the chance. I thought it would be very exciting to work in Parliament and so I went to Ottawa and that is where I started to work for the party," Topp said.

The year after Topp started working on Parliament Hill, he married fellow McGill grad Rebecca Elbourne, whom would join him on a nomadic and very interesting phase of his life.

Many moves, many opportunities

In that time, Topp worked on Parliament Hill, advised New Democrat leaders at the federal and provincial levels, helped run major campaigns and handled sensitive negotiations with other parties -- including the short-lived coalition with the Liberals that threatened to topple the Conservatives just three years ago.

Topp has also had a successful career as a labour leader while working as a self-described "party activist" within the NDP for the past decade. In June, he became the party president.

He also has a family, which includes his wife and their two teenage sons, whom Topp said he always puts first in whatever he does.

While he shied away from seeking political office when his children were young, Topp believes his family is "in better shape to do something like this now."

Still, Topp finds himself in the uncomfortable position of seeking to replace Jack Layton, a close friend whose death has prompted the unfortunate process of finding someone new to helm the party.

"Let's be clear: No one wants to be in this leadership race," Topp said.

Topp has pledged to continue Layton's work and believes he can take the party towards its goal of forming the next government.

But he knows the road to the NDP leadership won't be easy. Topp has never held a seat in the House of Commons and is an unfamiliar face to most Canadians. He's still managed to muster the backing of Broadbent and former Saskatchewan premier Roy Romanow, as well as a handful of MPs, however.

Still, Topp admits he has "things to prove," as he takes on the challenge of trying to become the next NDP leader.

Cavanagh said he will be watching the NDP leadership race closely in the coming months to see how the friend he knew so long ago fares on the public stage.

"Can an architect become the public face of a party? I'm certainly excited to see what happens," he said.