Beverly Thomson: Depression is an illness, not a choice 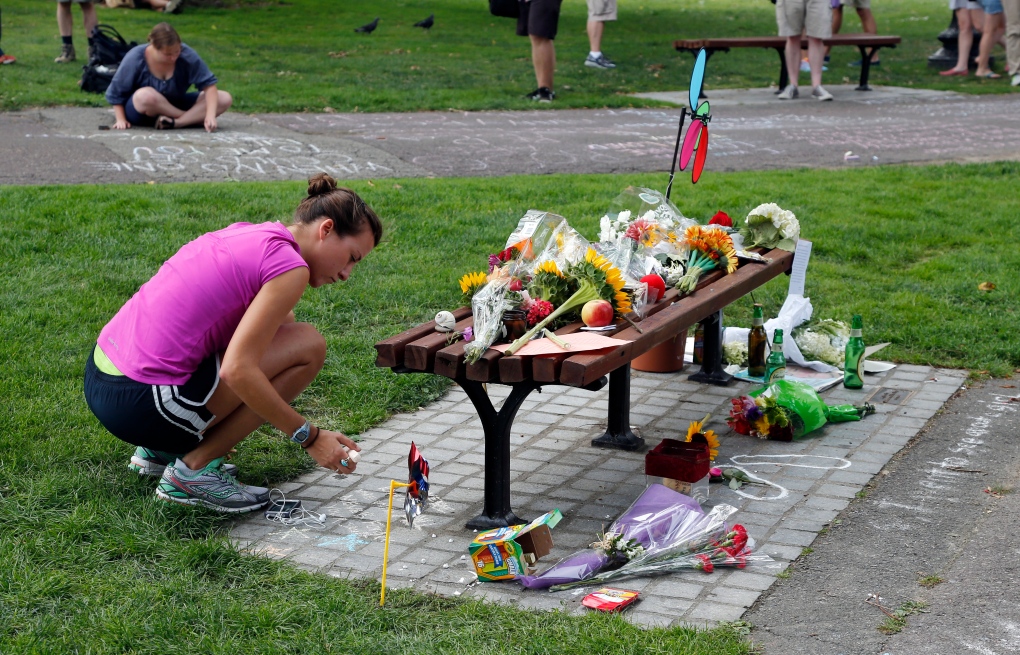 Women write messages with chalk near a bench at Boston's Public Garden, Tuesday, Aug. 12, 2014, where a small memorial has sprung up at the place where Robin Williams filmed a scene during the movie, 'Good Will Hunting.' (AP / Elise Amendola)

I was sickened by the number of people who felt Robin Williams’ death was either cowardly or weak.

What a staggering display of ignorance to criticize a very real and devastating illness while further stigmatizing those who might be fighting for their lives.

I was diagnosed with breast cancer in 2002. I never once heard anyone accuse me of cowardice or weakness. When someone dies of an illness such as cancer, nobody says “what a waste,” or that they “didn’t have the strength.”

Some might argue that excessive drinking is a choice that leads to addiction. But it is a medical fact that those who have a familial history of alcohol addiction are at much higher risk, inhibiting their ability to choose. One certainly doesn’t choose depression, much the same way no one chooses to suffer from cancer.

While cancer and depression are two VERY different illnesses, they are both illnesses for which there are medications. Sadly in either case, these therapies provide no guarantee.

Depression is not sadness, and I truly wish more people understood that simple fact.

I also wish we could rid the world of terms like “committed suicide.” Suicide is not a crime (it was removed from the criminal code in 1972).

Of course a celebrity death from suicide garners attention, but it should also shine a light on these important truths.

We lost an entertainment icon in Robin Williams, and he will be sadly missed. But we should all be aware that there are countless people fighting mental illness every day of their lives. It’s time we got past calling a lifelong fight the result of some sort of personal choice.

In Pictures: The memorable roles of Robin Williams