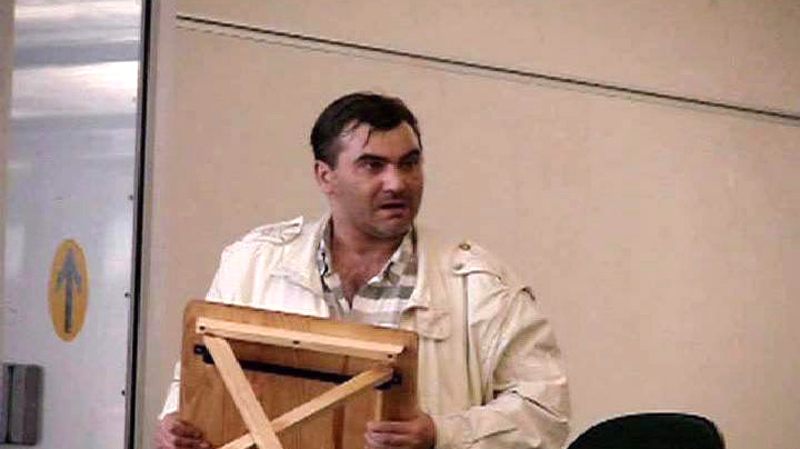 Robert Dziekanski holds a small table before being Tasered at the Vancouver Airport in this image from video.

VICTORIA - There will be no inquest into the death of Robert Dziekanski, who died after being stunned multiple times by a Taser during a confrontation with Mounties at Vancouver International Airport in October of 2007.

Chief B.C. Coroner Lisa Lapointe says her office had planned to hold an inquest after the police investigation was complete, but now she says it's not in the public interest because a full public inquiry has been held into the case.

However, a coroner's report on the death will still be released to the public.

Retired B.C. Appeal Court Justice Thomas Braidwood conducted a two-part inquiry into the case, reviewing the death of Dziekanski and the use of stun guns in general.

In his final report, Braidwood rejected the testimony of the four Mounties involved, who said they felt threatened by Dziekanski, ruling they could not have believed he posed a danger to anybody.

The Mounties have since been charged with perjury.