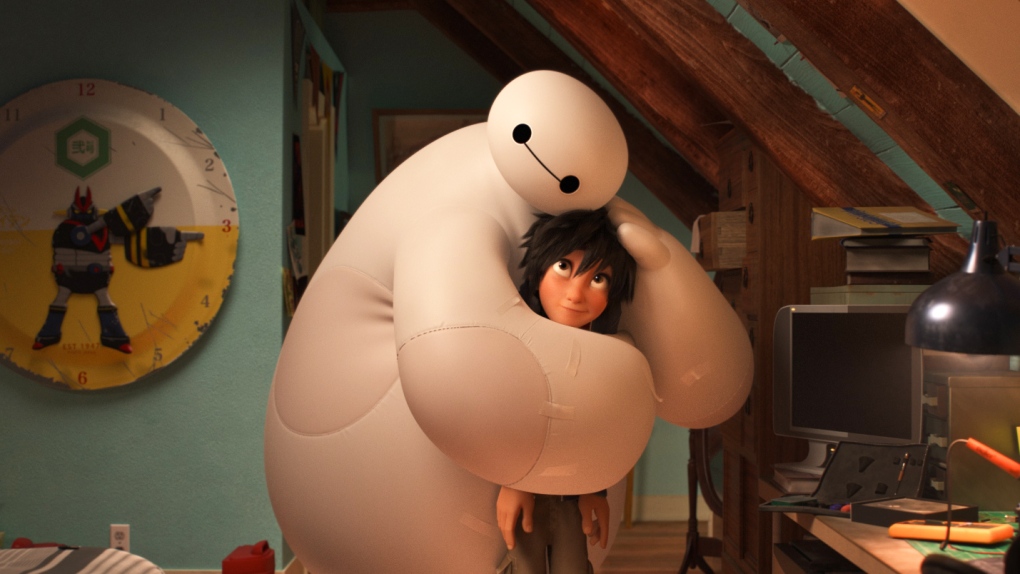 TORONTO -- Of the five films competing in the best animated feature category at the Oscars this weekend, three are from Canadian filmmakers.

Of those three Canucks, two are best friends.

It's a surreal situation that has "Big Hero 6" co-director Chris Williams joking about red carpet fisticuffs with longtime pal Dean DeBlois, director of "How To Train Your Dragon 2."

"We met working at Disney on 'Mulan,' in the story department 20 years ago. We had a cubicle wall between us and we hit it off and we've been really close ever since," says Williams, who was born in Columbia, Mo., to Canadian parents and raised in Kitchener, Ont.

"We've been taking lots of funny pictures on red carpets of us putting up our dukes like we're going to battle. Because for both of us it's very strange and surreal and kind of funny that we are competing in this category. I was just in his wedding party a few months ago ... we watched the Super Bowl together."

This Sunday, the duo will be watching the Academy Awards together alongside fellow Canadian animator Graham Annable, who co-directed the intricate stop-motion film "The Boxtrolls."

In the weeks leading up to the bash, the Canadian trio have already bumped into each other at pre-Oscar events, including the infamous Academy Awards luncheon in which almost every nominee -- Clint Eastwood, Bradley Cooper and Julianne Moore among them -- shows up for a class photo.

"You find yourself in this enclosed space with pretty much every famous person on the planet, it's really weird," notes Williams, whose other rivals in the animated feature category include "Song of the Sea" from Tomm Moore and Paul Young, and "The Tale of the Princess Kaguya," from Isao Takahata and Yoshiaki Nishimura.

The Disney veteran has been through the awards show circus once before, when he was nominated for "Bolt," but says the Hollywood hoopla is still wild and exciting.

"It seems even bigger this time -- there are more events, there's more press, seemingly more coverage this time around than even what I experienced five years ago, which even at the time was pretty overwhelming."

All three directors graduated from Sheridan College in Oakville, Ont., where the dean of the school's animation, arts and design program can't resist boasting.

"This is our trifecta year ... with three out of five (nominations), that's pretty amazing," says Ronni Rosenberg, who traces graduate successes to the fact the school was "founded on the notion of building an animation industry."

"We go pretty deep, that's why we have so many grads out there, I guess," she adds, noting the animation program started in 1971.

The school has been hosting screenings of each nominated film and is set to throw an Oscar viewing party this Sunday, complete with prizes, games and plenty of cheers for Annable, Williams and DeBlois.

Williams showed up years later after earning a bachelor of fine arts degree at the University of Waterloo. He enrolled in Sheridan's summer program but left in 1993 to take an internship at Disney.

Today, Williams marvels at the number of Sheridan grads who also found gigs at Disney, including two former classmates who worked on "Big Hero 6" as animators.

"You bump into lots of Canadians," he says, citing the National Film Board and Emily Carr University of Art and Design as other institutions that churned out Canuck talent.

The Oscar favourite seems to be DeBlois, who collected a Golden Globe earlier this year for best animated feature. In 2011, DeBlois was also nominated for "How to Train Your Dragon," which he co-wrote and co-directed with Chris Sanders.

Williams, who shares his nomination with Don Hall and Roy Conli, downplayed any genuine competition between the pals. He says he's happy just to be nominated and for the chance to put the spotlight on the hundreds of animators behind "Big Hero 6."

"I've tried very hard to not get too personally invested and I've talked to Dean, I think we both have a similar take on it, which is we end up really wanting our crew to be acknowledged."

The Oscars air Sunday on CTV.