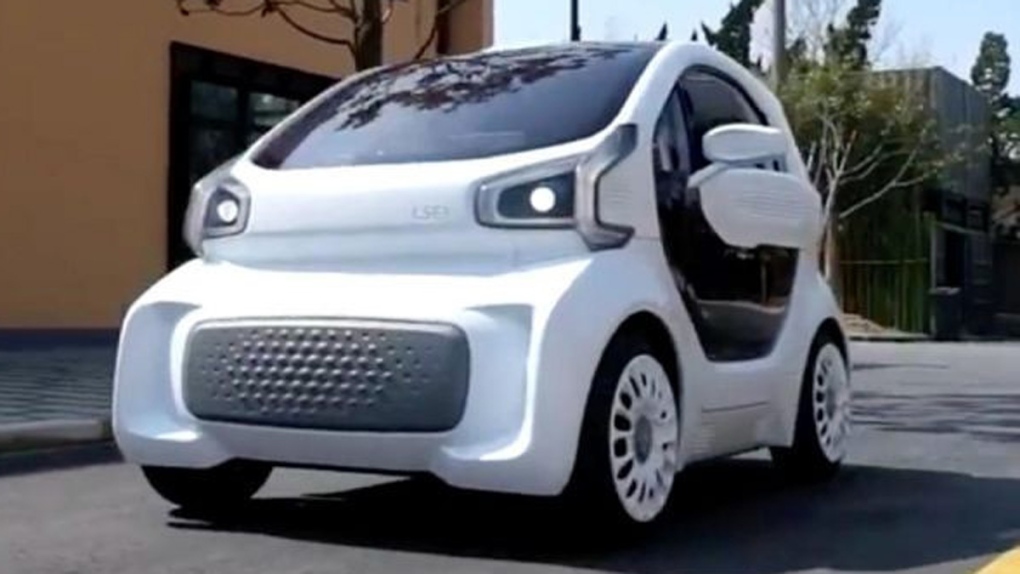 It's been easy for us to think of 3D printing as something of a gimmick while the process has still been in its embryonic stage, but when news emerges about a 3D-printed car that is genuinely set to take to the roads as soon as next year, it's probably time to sit up and take notice. And we're not just talking about a one-off prototype here either, as next year is when this world-first is actually set to go into production.

The car is a Smart-sized model called the LSEV that's made almost entirely using 3D-printing technology, and the makers are a joint venture between the Chinese Polymaker company and the Italian-based manufacturer X Electrical Vehicle (XEV).

A few components of the car still have to be made by conventional methods, such as the chassis, the windows and the tires, but the vast majority of the car is made by 3D printing. Although it would probably be easier, quicker and cheaper at the moment to use conventional production methods, the real point of 3D printing is that it dramatically reduces the amount of waste material produced during the production process. This has led the boss of Polymaker, Xiaofan Luo, to predict that the project will "inspire more [car] companies to adopt 3D printing."

A further advantage of 3D printing in this application is that it allows the manufacturer to greatly reduce the number of parts used, and therefore reduce the environmental impact of car production. In this particular case the number of plastic parts was just 57, compared to the 2,000 it would have taken if conventional manufacturing methods were used.

The prototype of the LSEV has a claimed range of 93 miles on a single charge, a top speed of 43 mph, and it weighs-in at just 450 kg, which is around half the weight of a Smart Fortwo. The car is currently on display at Shanghai's China 3D-printing Culture Museum and will be making an appearance at the Beijing motor show next month.

It took just three days to produce the prototype, XEV intends to build around 500 of them each year on a single production line, and when it goes on sale in late 2019 (probably in China first) it's thought it will sell for the equivalent of around $10,000.