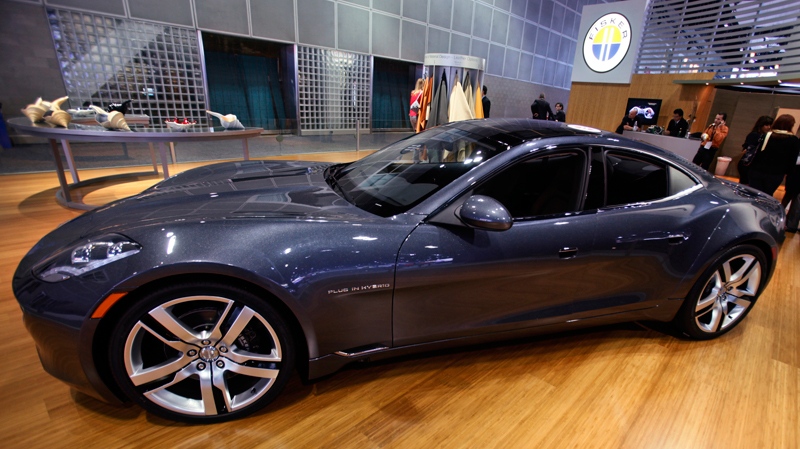 Wanxiang sweetened its bid with an additional $10 million in cash.

An attorney for Fisker's official committee of unsecured creditors told a Delaware bankruptcy judge on Wednesday that Wanxiang may increase its offer even more if the judge approves a competitive auction for Fisker. "They have told us they have considerable room to go," said William Baldiga, the attorney.

But Fisker wants the judge to approve a private sale to Hybrid Technology LLC, which is owned by Hong Kong billionaire Richard Li. Hybrid became Fisker's senior secured lender by buying a failed Department of Energy loan for $25 million. That resulted in a loss to U.S. taxpayers of $139 million.

Hybrid is seeking to buy Fisker's remaining assets in bankruptcy. The proposed sale will be considered at a hearing Friday.

California-based Fisker, which had planned to build high-priced cars at a former General Motors plant in Delaware, filed for bankruptcy protection in November, ending a long, downward spiral that began after it received a $529 million loan commitment from the U.S. Department of Energy. Fisker drew $192 million on the Obama administration's green-energy loan before DOE officials suspended funding in 2011 after the automaker failed to meet several sales milestones for its problem-plagued Karma luxury vehicle.

Attorneys for Fisker and Hybrid have argued that the sale needs to be approved quickly.

Judge Kevin Gross told attorneys Wednesday that he won't be pressured by Hybrid to make a decision at the hearing Friday.

Wanxiang made a previous attempt to acquire control of Fisker and, in a separate bankruptcy case, recently bought the company that served as Fisker's primary battery supplier, A123 Systems.