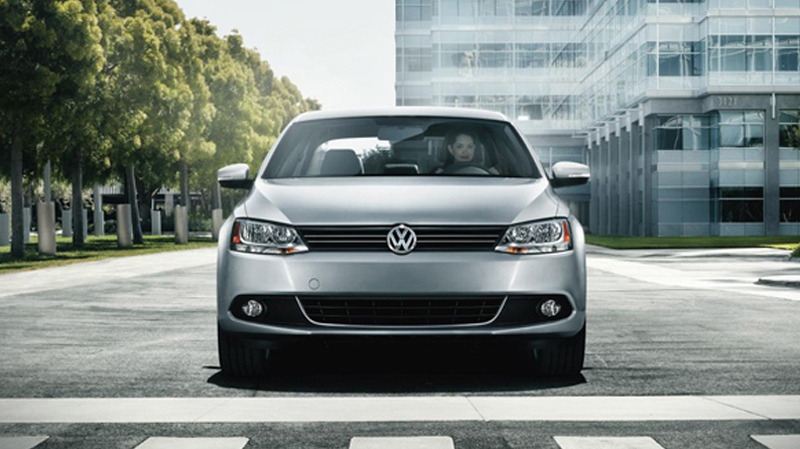 2011 Jetta is seen in this image courtesy Volkswagen Canada.

DETROIT - Volkswagen is recalling more than 440,000 Jettas and Beetles to fix a problem that can cause rear suspension failure if the cars aren't fixed properly after a crash.

VW says in documents posted by U.S. safety regulators on Wednesday that if rear trailing arms are damaged in a crash and not repaired correctly, they can fracture suddenly. That can cause loss of control and possibly a crash. Trailing arms connect the axle to the frame.

The company says there have been no crashes or injuries in the U.S., but there were reports of fractured trailing arms mainly in Asian countries.

Dealers will inspect trailing arms for damage and install sheet metal to help prevent a loss of vehicle control.

The sheet metal will be installed at no cost to customers, but customers will have to pay for repairs if their suspension was damaged, VW said.