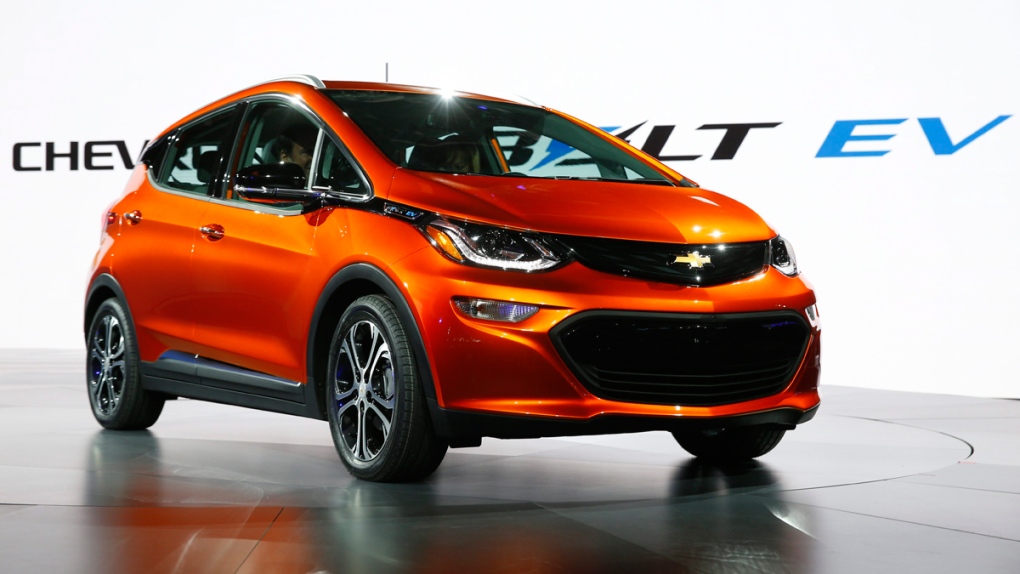 The probe by the National Highway Traffic Safety Administration covers nearly 78,000 Bolts made by General Motors from the 2017 through 2020 model years.

The agency says in documents posted on its website Tuesday that it has three reports of fires that began under the rear seat while the cars were parked and unattended. One person suffered smoke inhalation.

The fire damage appeared to be concentrated in the battery compartment area, spreading into the passenger area.

GM says it's co-operating with the probe and is conducting its own investigation. "The safety of our products is the highest priority for the entire GM team," the statement said. The company would not comment when asked if the vehicles should be parked outside until the cause of the fires is determined.

The safety agency will determine how often the fires happen and assess the safety consequences. The probe could lead to a recall.

In one of the complaints from March of 2019, a Bolt owner in Belmont, Massachusetts, said the vehicle was parked in the driveway and plugged into the charger for a little over an hour when the fire began.

Then the owner found smoke billowing from the rear of the 2018 Bolt, apparently from the battery area. It took firefighters about three hours to control the blaze, and the owners reported headaches from the smoke. GM sent two engineers from Detroit to inspect the charger, and the company bought the Bolt from the insurance company, the owner wrote.

In another fire from July 4, 2020 in Vienna, Virginia, the owner of a 2019 Bolt told NHTSA that the car was driven to a townhouse development with a private parking lot.

Twenty minutes after arriving, a neighbour rang the doorbell and reported white smoke coming from the back of the Bolt. Firefighters doused the car with water for an hour and left the area, but the fire restarted less than an hour later.

Firefighters returned and put out the fire, and once the car cooled, it was towed to a dealer, where the fire started again. The owner wrote that GM is refusing to investigate the fire because the owner called an insurance company first.

GM spokesman Dan Flores said the company is investigating the Virginia fire and will inspect the Bolt as soon as the company can get access to it.

The National Transportation Safety Board, a separate federal agency, is investigating electric vehicle fires, and a report is expected soon.