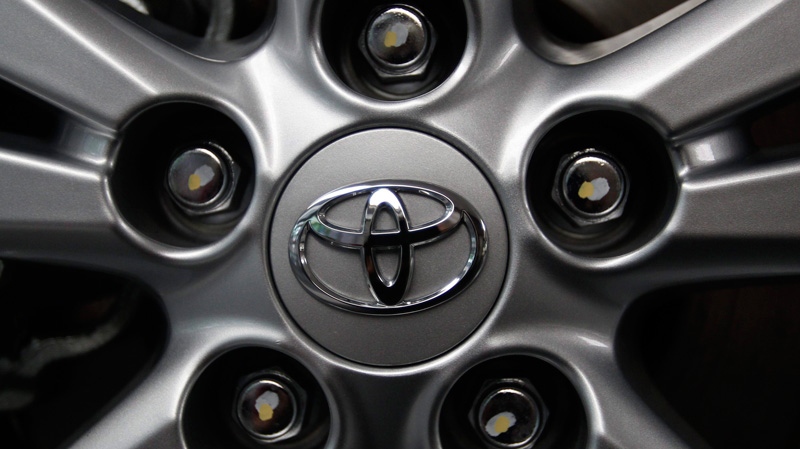 The Toyota Motor Corp. logo is seen on a tire wheel of an Avensis sedan at Toyota's headquarters in Tokyo, Japan, Aug. 2, 2011. (AP / Shizuo Kambayashi)

DETROIT -- Toyota is recalling about 373,000 Venza SUVs worldwide because a wiring problem can stop the side air bags from inflating in a crash.

Documents posted Thursday by the U.S. National Highway Traffic Safety Administration say wires to the air bag sensor in the driver's side door can become damaged with regular use. That could stop the side and curtain air bags from deploying when needed.

Toyota said in documents that it received 31 field reports and 56 warranty claims in the U.S. due to the problem.

Toyota will inspect the wires and replace them if needed at no cost to owners. The recall is expected to start May 31.