The pandemic has been great for electric car sales 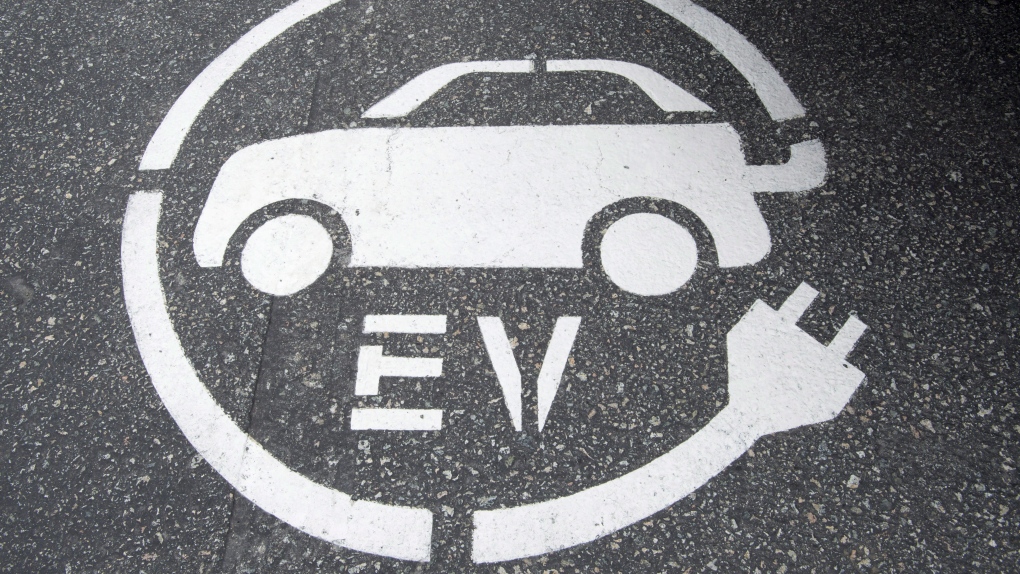 Electric vehicles grabbed a much bigger share of the global car market last year as sales more than doubled despite turbulent economic conditions and a severe shortage of computer chips.

Global sales of battery electric vehicles increased to 4.5 million last year from 2.1 million in 2020, according to data from consultancy LMC Automotive. Electric cars made up 6.3% of global vehicle sales in 2021, tripling their market share from 2019, before the coronavirus pandemic.

Overall passenger vehicle sales remain depressed, with just under 72 million rolling off dealer lots worldwide after the pandemic caused a shortage of computer chips that forced many automakers to temporarily close plants. More than 80 million passenger vehicles were sold in 2019.

"Certainly, in Europe and certainly in China ... very often it was the low emission, new generation of electric vehicles that got prioritized, because they're the ones that were needed," he said. Consumers wanted to buy electric cars, and automakers needed to sell them to meet regulatory targets, he added.

"It was a prime opportunity I think for the industry to focus on those," said Bedwell.

Governments have increased pressure on automakers to slash carbon emissions and shift production towards electric vehicles, sometimes with a carrot — by offering emissions credits for electric vehicles or paying for charging points — but also with a stick.

The European Union, for example, will fine automakers if they fail to cut average yearly emissions of their fleets by 15% by 2025, and up to 37.5% by 2030 compared to 2021 levels. It wants to raise this to a 55% reduction under far more ambitious proposals adopted last July.

From 2035, the bloc wants to impose an effective ban on the sale of vehicles powered by fossil fuels.

Dan Ives, equity analyst at Wedbush Securities, told CNN Business that subsidies have been a "clear tailwind" boosting electric car sales in Europe and China, estimating they had "positively influenced roughly 15% of EV sales over the last year."

The final month of 2021 may have offered a glimpse into the future.

Electric vehicles snatched 10% of global market share in December, according to LMC Automotive data. The same month, more electric vehicles were sold in Western Europe than diesel cars for the first time, according to data covering 18 markets compiled by Matthias Schmidt, publisher of the European Electric Car Market Intelligence Study.

Bumper figures for December are likely a "distortion," Bedwell said, and probably won't be replicated in the early months of 2022. That's because automakers would have been pushing to sell lots of electric cars in the final month of the year in order to meet CO2 reduction targets.

"It's going to take a few more years before we see those kind of shares of electric vehicles widely across the region each year," Bedwell added.

AMERICA STILL HAS A LONG WAY TO GO

The United States is trailing behind some other large economies.

While electric vehicles charged ahead last year in Europe and China, taking 10% and 12% of market share respectively, electrics accounted for just 3% of U.S. sales.

Weaker emissions targets coupled with a greater reluctance among American consumers to embrace electric vehicles have put considerable distance between the United States and its rivals. Boosting sales will require a shift in mindset.

"You're asking [consumers] to adapt to a whole different thing. It's not just [that] they go to a different type of gas station," Jessica Caldwell, executive director of insights at Edmunds, told CNN Business. "They have to plan out their route, they have to figure out if they want to install a charger in their home."

"There's a lot of first time car owners ... it's not as if they're on their fifth, sixth, seventh vehicle and they've kind of stuck to the same routine," she said.

Ives said that 2022 could mark a turning point for the United States as "Ford, GM, Rivian and others follow Tesla aggressively going after the EV market." He predicts that electric vehicle sales in the country will reach 10% of the market by 2025.

TESLA IS 'IMPOSSIBLE TO CATCH'

The world's automakers are investing tens of billions of dollars in the electric vehicle race, with a slew of new models expected to come to market in 2022.

Tesla's Model 3 topped global electric vehicle sales in 2021, moving about 540,000 units, according to LMC Automotive. The company, which briefly hit a $1 trillion valuation in October — one of only six US companies to do so — delivered a record 936,000 cars for the year, an 87% increase over 2020.

Ives doesn't expect Tesla or CEO Elon Musk to give up the crown anytime soon.

"The company has an iron clad grip on the EV market globally and has the brand, capacity, battery technology and innovation under Musk that makes them almost impossible to catch," he said.

That doesn't mean Tesla won't have challengers. Volkswagen Group delivered 453,000 electric vehicles in 2021, almost double its 2020 figure. The owner of brands including Porsche, Audi and Skoda has committed to spending more than $100 billion over the next five years to electrify its fleet. The group is already the market leader in Europe.

Chinese carmakers are also moving up a gear. The Hong Guang Mini EV, the $4,400 pint-sized car made by a partnership between SAIC, GM and Wuling, topped sales in China last year, and came second globally, LMC Automotive data shows.

Electric cars still have a long way to go.

Sales of electric vehicles are expected to rise 75% to more than 8 million in 2022, according to a UBS forecast.

Bedwell predicts that electric cars will account for more than 60% of vehicle sales in France, Germany and the United Kingdom by the end of the decade. China and the United States will lag behind at roughly 35%, he said. That means there's still plenty to play for.

"I don't feel like anyone necessarily is out of the race yet, because it's still fairly early on," Caldwell said of the U.S. market.

"It's not like someone has it in the bag."