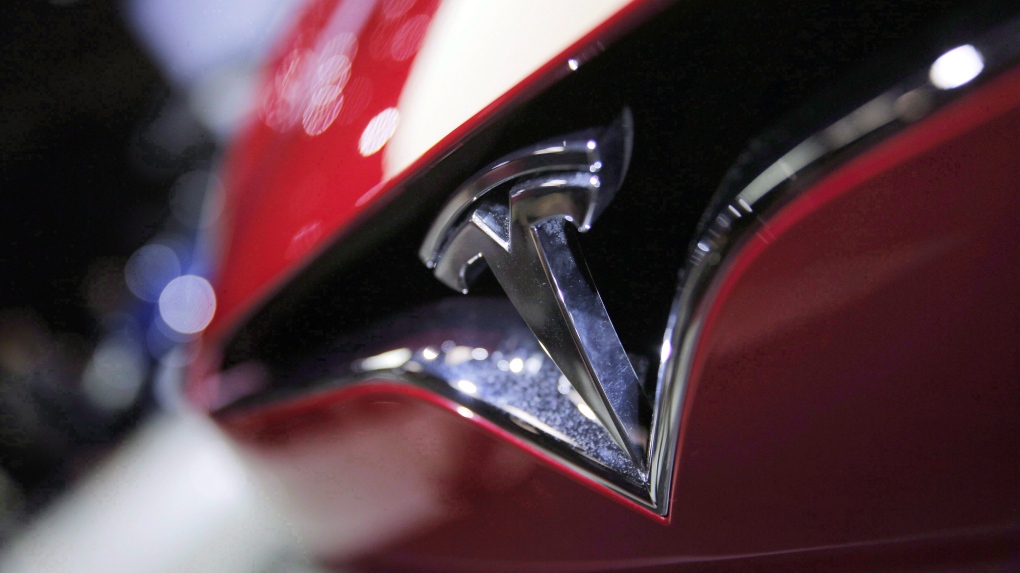 DETROIT -- Charged up by strong sales of its electric cars and SUVs, Tesla on Monday posted its seventh-straight profitable quarter.

The company made US$438 million in the three-month period that ended March 31, as sales more than doubled the same period last year to nearly 185,000 vehicles. All but 2,000 of the sales were lower-priced Model 3 sedans and Model Y SUVs. Tesla said it didn't produce any of its higher priced Model S sedans and Model X SUVs as it switched to new versions during the quarter.

The Palo Alto, California, company faces challenges as it tries to reach its second-straight annual profit this year. There's a global shortage of semiconductors that's forcing automakers to idle factories, and Tesla is facing renewed scrutiny of its Autopilot partially automated driving system after two men died in a crash earlier this month near Houston.

Excluding stock-based compensation and non-recurring items, Tesla made 93 cents per share. That beat Wall Street estimates of 75 cents per share, according analysts polled by data provider FactSet. First-quarter revenue of $10.39 billion fell just shy of the $10.48 billion expected by analysts.

Once again the company needed regulatory credits purchased by other automakers in order to make a profit. Without $518 million in credits for the quarter, Tesla would have lost money. Other automakers buy the credits when they can't meet emissions and fuel economy standards.

The company, which also makes solar panels and batteries, made only $16 million in the first quarter of 2020.

Tesla, which now has the sixth-largest market value of all companies in the S&P 500 at $708.56 billion, saw its shares fall about 2.2% in extended trading Monday. The company released numbers just after the markets closed.

The company's cash position fell by $2.24 billion in the quarter to $17.14 billion, due mainly to $1.2 billion in bitcoin purchases and another $1.2 billion in debt and finance lease payments, offset by $293 million in free cash flow. Tesla said it has sufficient liquidity to fund its new products and factory growth.

CEO Elon Musk got $299 million during the quarter for hitting market value and operational milestones, the company said.

Tesla said that over a "multi-year horizon," it expects vehicle deliveries to grow on average by 50% per year, with some years, like 2021 growing faster than others.

"The rate of growth will depend on our equipment capacity, operational efficiency and capacity and stability of the supply chain," the company said in its quarterly letter to investors.

Factories in Berlin and Austin, Texas, are on track to start producing this year, and the company said production of its Semi will start in 2021. Also, first deliveries of the new Model S should start shortly.