Tesla inks deal to get key battery component outside China 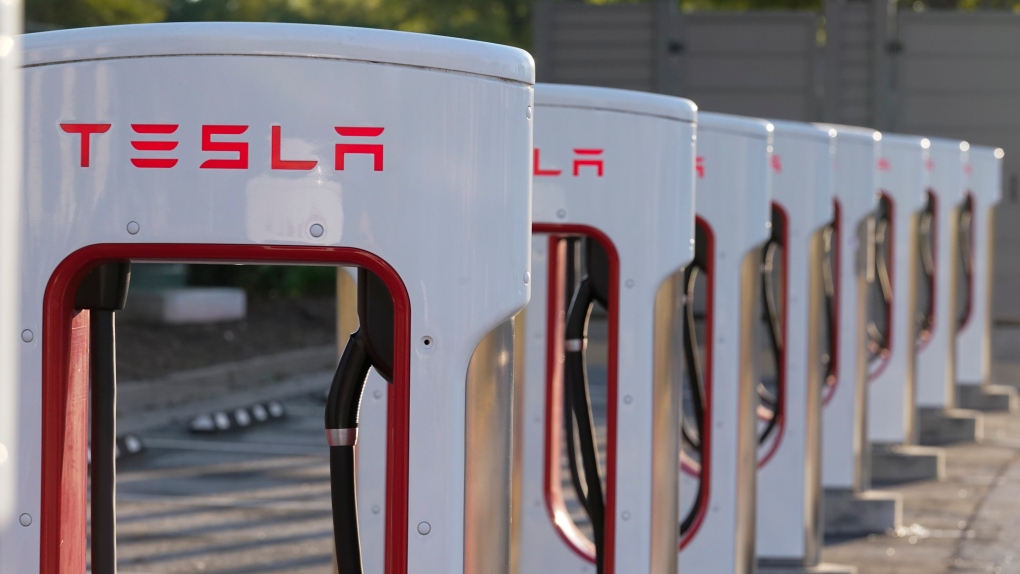 Tesla is turning to Mozambique for a key component in its electric car batteries in what analysts believe is a first-of-its-kind deal designed to reduce its dependence on China for graphite.

Elon Musk's company signed an agreement last month with Australia's Syrah Resources, which operates one of the world's largest graphite mines in the southern African country. It's a unique partnership between an electric vehicle manufacturer and a producer of the mineral that is critical for lithium-ion batteries. The value of the deal hasn't been released.

Tesla will buy the material from the company's processing plant in Vidalia, Louisiana, which sources graphite from its mine in Balama, Mozambique. The Austin, Texas-based electric automaker plans to buy up 80 per cent of what the plant produces -- 8,000 tons of graphite per year -- starting in 2025, according to the agreement. Syrah must prove the material meets Tesla's standards.

The deal is part of Tesla's plan to ramp up its capacity to make its own batteries so it can reduce its dependence on China, which dominates global graphite markets, said Simon Moores of United Kingdom-based battery materials data and intelligence provider, Benchmark Mineral Intelligence.

"It starts at the top with geopolitics," Moores said. "The U.S. wants to build enough capacity domestically to be able to build (lithium-ion batteries) within the USA. And this deal will permit Tesla to source graphite independent from China."

Moores said producing the batteries in the U.S. will reduce some of the questions Tesla is facing about its ties to China, where there are environmental concerns at some mines. The automaker also has set up a showroom in the region of Xinjiang, where Chinese officials are accused of forced labour and other human rights abuses against mostly Muslim ethnic minorities.

A message was left seeking comment from Tesla, which has disbanded its media relations department.

The battery industry has been confronted with a short supply of graphite in recent months, Moores said. Graphite stores lithium inside a battery until it's needed to generate electricity by splitting into charged ions and electrons.

It comes as every major automaker is racing to get into electric vehicles amid concerns about climate change.

Tesla is making almost a million electric cars per year, and sourcing enough batteries is its biggest constraint, he said.

"They've upped their own battery manufacturing capacity," Moores said, but still "they can't get enough batteries."

A new battery factory that the company is building in its new hometown of Austin, Texas, will allow it to get closer to self-sufficiency, but Moores said it is still buying batteries from other manufacturers, "and that won't change this decade."

For instance, Tesla has a deal with Panasonic to make battery cells at the automaker's battery factory near Reno, Nevada.

The deal with Syrah is part of a broader effort by automakers to secure relatively scarce raw materials for batteries as demand for electric vehicles is expected to grow, said Sam Abuelsamid, principal e-mobility analyst for Guidehouse Insights.

The deal also brings the graphite processed in Louisiana much closer to Tesla's U.S. factories.

"The pandemic pointed out to us that we've got these long, long, long supply chains, and it doesn't take much to disrupt a supply chain," said Donald Sadoway, a professor of materials chemistry at the Massachusetts Institute of Technology. "Somebody could all of the sudden say, `We're going to jack up the prices,' or `We're going to refuse to ship it."'

It's unlikely that the Tesla deal with Syrah will rankle the Chinese government because China has plenty of markets for its graphite, including increased domestic electric vehicle production, Abuelsamid said.

China, though, is Tesla's biggest global market. It has a giant factory near Shanghai and sells about 450,000 vehicles per year there, compared with about 350,000 in the U.S., Abuelsamid said.

For the Australian mining firm, the deal is "crucial" because it has a non-Chinese purchaser for its graphite product, Moores said.

Syrah's graphite mine in Mozambique's northernmost province, Cabo Delgado, is one of the world's largest, with an ability to produce 350,000 tons of flake graphite a year.

Cabo Delgado has faced violence in recent years by Islamic extremists, an insurgency that has recently extended inland from coastal areas toward the neighboring Niassa province.

The mine is on the main road connecting the Cabo Delgado and Niassa provinces, a thoroughfare that has been recently upgraded by a Chinese contractor. At a ceremony to reopen the road in December, President Filipe Nyusi called for vigilance so the road isn't used by insurgents.