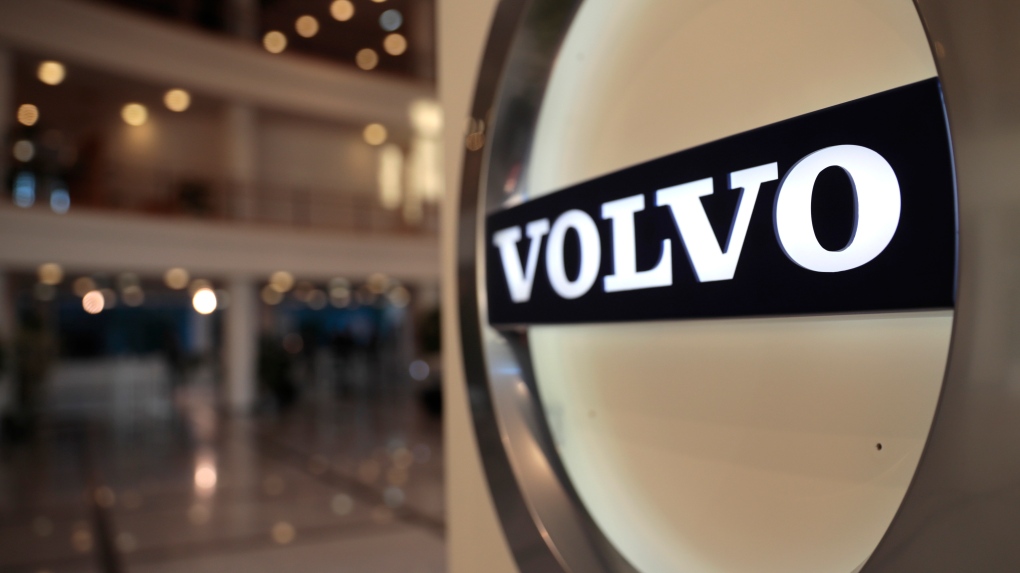 This Feb. 6, 2020 file photo shows The Volvo logo in the lobby of the Volvo corporate headquarters in Brussels. (AP Photo/Virginia Mayo)

A tentative agreement between Volvo Trucks North America and a union representing nearly 3,000 workers who have gone on strike twice this year at a southwest Virginia truck plant has been rejected by the striking workers, United Auto Workers officials announced Friday.

It was the third tentative labor accord rejected by union workers this year.

A UAW statement said workers at the company's tractor-trailer assembly plant in Dublin would continue their current walkout after rejecting the July 1 tentative pact.

"We appreciate the solidarity and support of the community as we continue to walk the picket line and work to negotiate a fair contract" for members of UAW Local 2069, said the UAW statement issued in Detroit.

Volvo says the 1.6 million square foot (nearly 150,000 square metre) Dublin plant is the largest manufacturer of Volvo tractor-trailer trucks in the world. It is one of the largest private sector employers in the region, with approximately 3,300 employees, some 2,900 of whom are represented by the UAW.

The previous contract, reached in 2016, was to have expired in mid-March and negotiations began in February. Unionized workers went on strike from April 17 to 30 and returned to work as negotiations resumed. UAW members rejected a proposed contract in May. The company announced another tentative agreement later that month, but it was rejected June 6.

"Given the significant wage gains and first-class benefits this agreement delivered, and the strong support it garnered from UAW leadership at every level, this outcome is unexpected and very disappointing," said NRV Vice President and General Manager Franky Marchand.

He said in the statement that the company was considering its next steps.

"The ongoing strike --- which we continue to believe is unnecessary --- is hurting our customers, and has already set back our project to expand and upgrade the facility," he said. "No one is gaining from the current situation, and we will consider all options related to the bargaining process."

The Volvo Group is the only heavy-duty truck manufacturing group that assembles all of its trucks and engines for the North American market in the U.S., according to Volvo. It said the plant is undergoing a US$400 million investment for technology upgrades, site expansion and preparation for future products, including the Volvo VNR Electric truck.

It added the plant has added 1,100 jobs since the current union agreement was implemented in 2016 and is on track to have a net increase of approximately 600 positions in 2021.