Seattle to shut 32 kilometres of streets to most vehicles 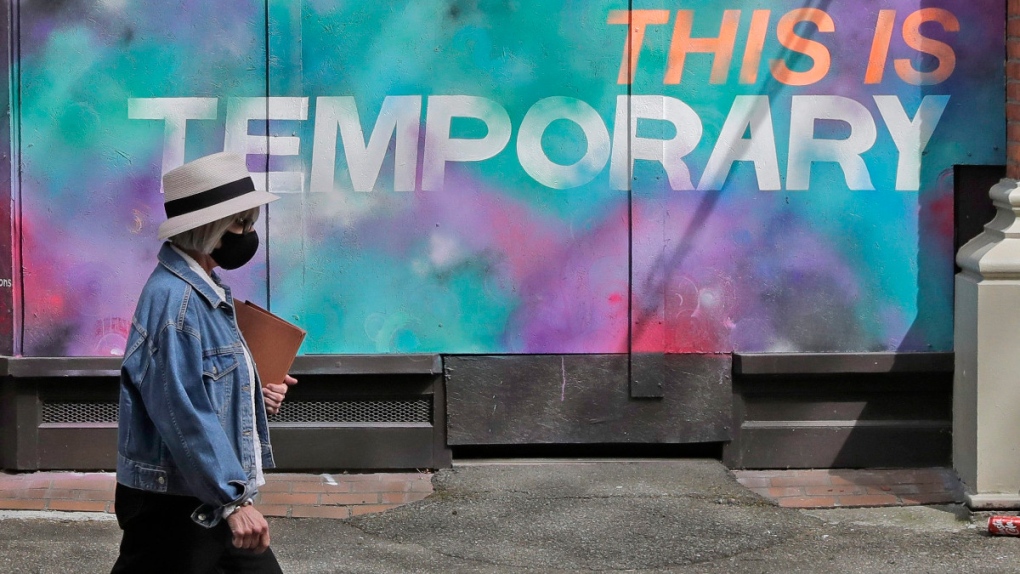 A person wearing a mask walks past a mural on a boarded-up window that reads 'This is temporary' in Seattle on April 28, 2020. (Ted S. Warren / AP)

SEATTLE -- Approximately 32 kilometres of Seattle streets will permanently close to most vehicles by the end of May, Mayor Jenny Durkan said Thursday.

The streets had been closed temporarily to provide more space for people to walk and bike at a safe distance during the coronavirus pandemic, The Seattle Times reported.

Now the closures will remain even after Gov. Jay Inslee's stay-at-home order is lifted.

The Seattle Department of Transportation will replace the temporary closure signs on the so-called Stay Healthy Streets with permanent markings, guiding drivers to other routes.

The program, which has rolled out in phases, has been implemented in the Aurora-Licton Springs, Ballard, Central District, West Seattle, Greenwood, Othello, Rainier Beach and Beacon Hill neighbourhoods.

Residents, delivery drivers, garbage and recycling workers and emergency response vehicles can continue to use the streets.

Canada's jobless rate soars to 13 per cent in April

Should your child wear a face mask?

Can the blood of a llama named 'Winter' be used to protect against coronavirus?

Has the new coronavirus mutated to be more contagious? Experts weigh in

U.S. objects to UN resolution on virus in dispute with China