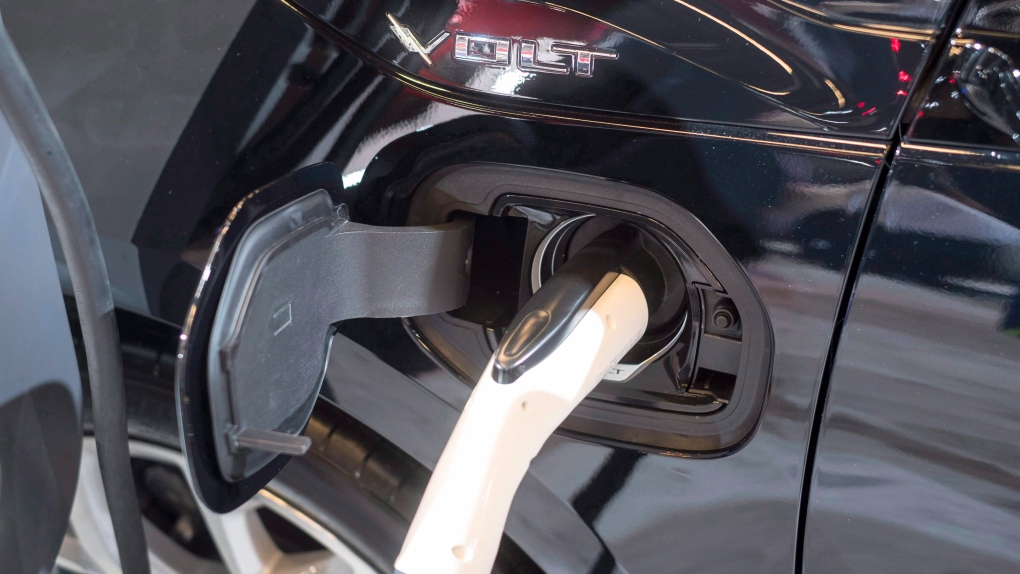 TORONTO -- A centre where people can learn about electric vehicles and take them for a test drive has opened in Toronto with the help of $1 million from the Ontario government.

Environment Minister Glen Murray said the Plug'n Drive Electric Vehicle Discovery Centre is considered the first of its kind and its goal is to convince people to switch to electric vehicles in order to fight climate change.

Visitors to the centre, which opened on Wednesday, can learn how electric vehicles work and about Ontario government subsidies and rebates for electric car owners. They can test drive vehicles from different companies and those who see something they like will receive a referral to an electric car dealership in their area.

The Opposition called the centre a "pet project" of Murray's and said the $1 million, which came from revenue from the province's cap and trade program, would be better in taxpayer's pockets.

"Electric vehicles are already an attractive choice for many new car buyers, and customers can go to automobile dealerships for test drives and information," said Progressive Conservative Environment Critic Ted Arnott. "I fail to see how this new discovery centre, costing $1 million, will cause electric vehicle sales to increase."

Murray argued that the government needs to step in to promote electric vehicles because the auto sector is heavily invested in the internal combustion engine. He said it's a good use of the government's cap-and-trade revenue to education people about climate change.

"A million that's been generated by a little more you're paying at the pump -- when you buy fossil fuels at the pump ... goes into this, and that is a huge thing for our kids and our grand kids if we can get people to drive electric vehicles," he said.

The Ontario government's Climate Change Action Plan includes a goal to have electric vehicles make up five per cent of all new vehicles sold by 2020 and the centre is part of that plan. The government offers incentive programs for up to $14,000 for people who buy electric vehicles, and up to $1,000 for those who buy and install a charging station.

The centre is free for visitors. It's a public-private partnership funded from the provincial government's cap-and-trade revenue, with other funding from TD Bank Group, Ontario Power Generation, Power Workers' Union, Toronto Hydro and Bruce Power.