Nissan invests in production to prepare for electric age 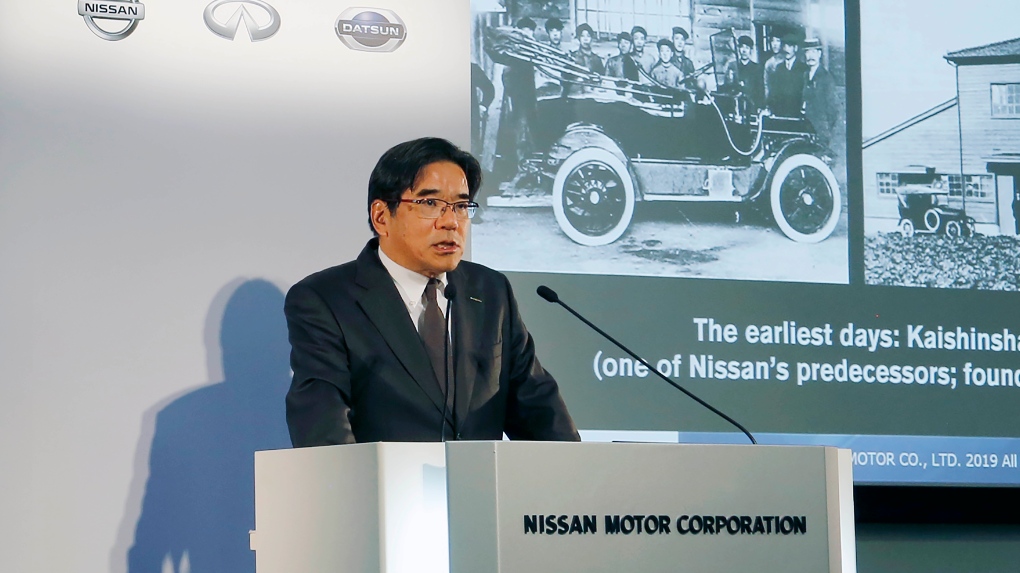 YOKOHAMA, JAPAN -- Nissan is investing 33 billion yen (US$303 million) in its flagship auto plant in Japan's Tochigi prefecture in a first rollout of a production system geared toward electric vehicles.

Sakamoto said the production changes, set to be completed next year, use robotics and sensors to decrease physical stress on assembly-line workers. They are tailored for a workforce increasingly manned by senior workers and women.

Among the innovations for Nissan's so-called "intelligent factory" is a powertrain mounting system that allows at least 27 configurations to be installed in one procedure.

The parts, including the battery for electric vehicles, are put together on one "pallet," or foundation unit, for easier installing into the vehicle.

Another innovation involves programming a worker's craftsmanship into robotics. The moves are so finely tuned in the automated sealing process that the delicate angles and touches of a human worker are duplicated.

The advantage to such a system is that a robot's work is consistent and tireless, maintaining the quality of craftsmanship, according to Nissan.

"The competitiveness of an automaker lies in production, as well as design and technology development," Sakamoto told reporters.

Auto production methods have remained basically the same since the early 1900s. But vehicles are becoming more complex, as driver-support technology, hybrid systems and various kinds of batteries must be fitted in, depending on the vehicle, Sakamoto said.

The production methods will be later rolled out in Nissan's plants in Japan and elsewhere around the world but details are undecided.

Yokohama-based Nissan, which makes the Leaf electric car, March subcompact and Infiniti luxury models, is eager to relay a message of innovation as it battles a serious risk to its reputation amid plunging profits and sales.

All other major global automakers are working on smart, connected and electric vehicles. But Nissan has a head start in many of the innovations, especially electric vehicles, thanks largely to Ghosn.

Ghosn says he is innocent and accuses others in Nissan of colluding to get rid of him to block a fuller integration with its alliance partner Renault SA of France.