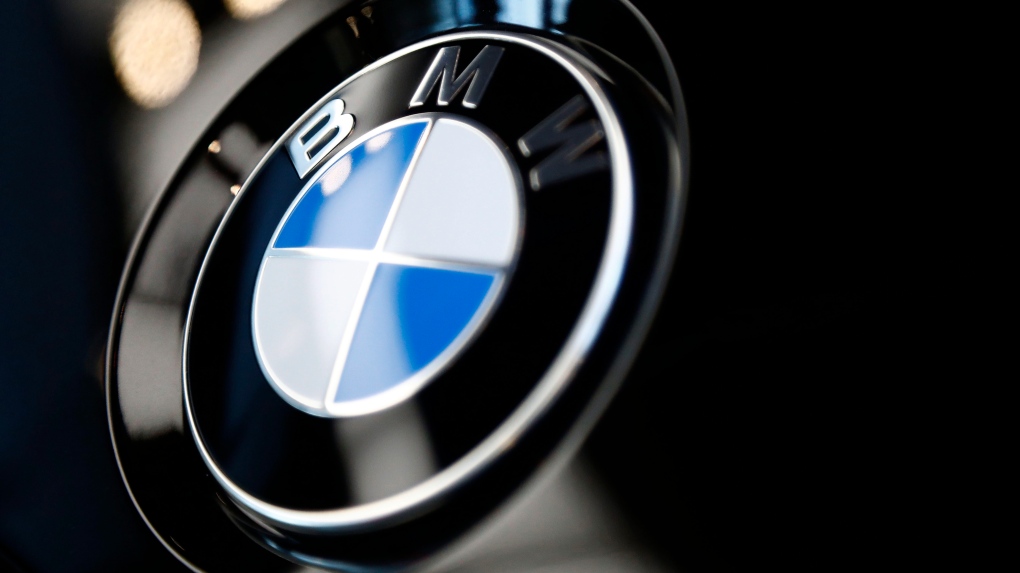 The logo of German car manufacturer BMW is pictured on a BMW car prior to the earnings press conference in Munich, Germany, Wednesday, March 20, 2019. (AP Photo/Matthias Schrader)

FRANKFURT -- Automaker BMW reported Wednesday that net profit increased 11.5 per cent from a year ago to 1.55 billion euros (US$1.72 billion) in the third quarter, helped by a rejuvenated model line and the absence of last year's market disruptions due to troubles with diesel cars.

Revenues grew 7.9 per cent to 26.67 billion euros and the company reaffirmed its profit targets for the year. A key measure of profitability watched by investors, the operating margin, rose to 6.6 per cent from 4.4 per cent but still short of the company's long-term goal of 8-10 per cent.

The Munich-based company on Wednesday cited sharp increases in sales of its X3 and X4 sport-utility vehicles during the first nine months. Profits rose despite higher spending on new tech such as electric cars, a key challenge in the face of ongoing upheaval in the auto industry. Carmakers are being pushed to develop zero-local-emission cars to meet tougher emissions standards in the European Union and China. The company said it expected demand for electric cars to double by 2021 over 2019 and to grow by 30 per cent a year through 2025.

BMW earnings took a hit in the third quarter of 2018 amid market disruptions due to other automakers failing to get diesel cars certified in time under new emissions rules, leading to price and supply distortions.

The company held its number of workers level with last year at 135,524 and said it aimed to keep the headcount unchanged this year also, although it continues to recruit skilled workers and IT specialists to work on digitalization and self-driving and electric vehicles.