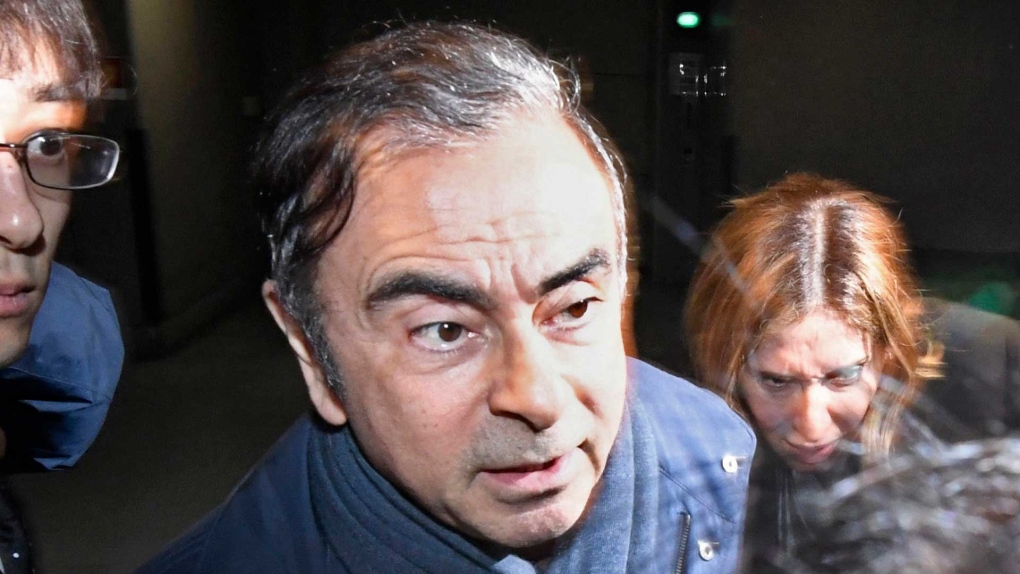 Tokyo's newly appointed chief prosecutor defended his office's handling of the case against former Nissan Chairman Carlos Ghosn Tuesday, saying everything is being carried out properly under Japanese law, including a court-ordered ban on Ghosn's contact with his wife.

The criticism has been raised for decades from abroad and within Japan, by human rights advocates as well as by legal experts. Ghosn's case has helped draw international scrutiny.

"The criminal legal system is designed so that we must look at the evidence," Sogi told reporters at the Tokyo Prosecutors Office. "Overall balance is important."

Ghosn, charged with underreporting his income and breach of trust, says he is innocent of all allegations of financial misconduct.

Ghosn's wife is not a suspect, but prosecutors say prohibiting contact, including emails and meetings with a third party present, is needed to prevent evidence tampering.

A trial date has not been set. Both sides say the trial might not begin for months.

Sogi, 59, whose appointment was formally announced Monday, stressed that prosecutors must adapt to changing times, and cited digital transfers of wealth across borders as an example.

He said he modeled his work style on an octopus going amok in a jar, remaining flexible while moving freely to try various solutions.

Ghosn, who led Nissan Motor Co. for two decades, was first arrested in November, freed on bail but then re-arrested, and again released on bail in April.

Nissan, which makes the Leaf electric car, March subcompact and Infiniti luxury models, has seen its vehicle sales and profits tumble and its brand image tarnished over the Ghosn scandal.

His absence has also raised worries about Nissan's alliance with Renault of France, which owns 43% of Nissan and sent in Ghosn to turn around Nissan from near bankruptcy.