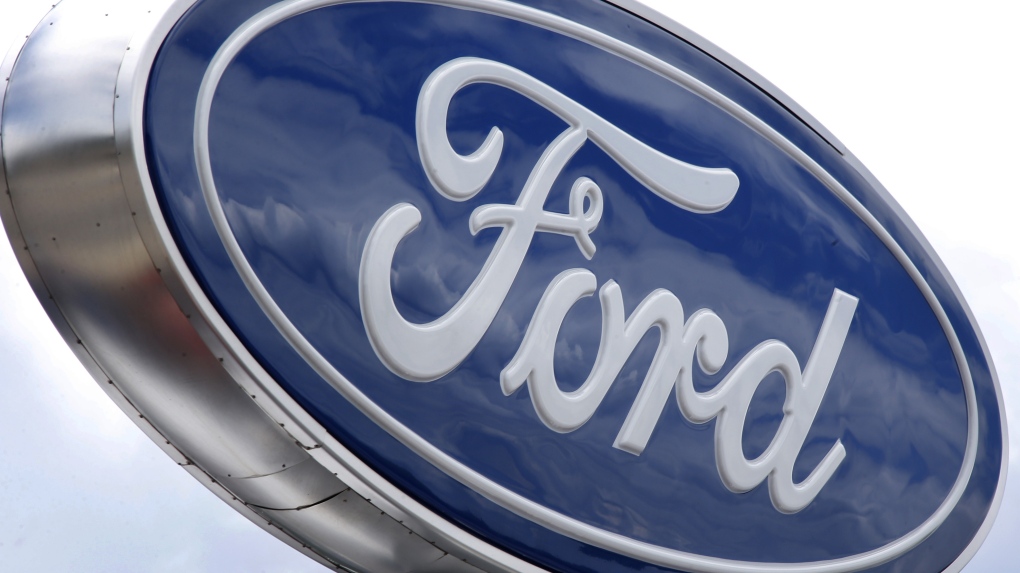 Clouds are reflected in the Ford sign at a dealership in Wexford, Pa, June 5, 2014. (AP Photo/Keith Srakocic)

DEARBORN, MICH. -- Ford says it is starting to send out over-the-internet software updates to some of its newer models as it moves to offer technology to match electric car maker Tesla.

At present the updates are only available to about 100,000 owners of 2021 model year F-150s, Mustang Mach-Es and the upcoming Bronco, but Ford plans to spread the tech across its entire lineup as models are updated. It plans to make 33 million vehicles with the capability by 2028.

The updates can fix software glitches in nearly all of the vehicles' computers, and will be able to make recall repairs, offer new features and cut warranty claims, said Alex Purdy, the company's connectivity business director.

Ford says there are about 80 different computers in its most sophisticated vehicles that control everything from the infotainment center to brakes and transmission shifts.

Already Ford sent out an update to fix a lighting issue that drained batteries. Among the next updates will be a new version of Amazon Alexa that allows vehicles to communicate with the home assistant without use of a smartphone. Ford also will roll out touchscreen drawing software and simple games for the Mach-E electric SUV.

Purdy said software can identify potential problems in vehicles and fixes can be sent out if software can solve the problem. "That fix can be done remotely, it doesn't require you to go into a dealership," he said.

In 2018, Ford Motor Co. started installing modems that link to a cellular network in U.S. new vehicles, and they've been on all U.S. models built since 2019. More than 6 million vehicles have the modems and collect vehicle data, but only those with the latest generation of electrical systems can get full over-the-internet updates. Even the base models of the Mach-E, F-150 and Bronco will be capable of getting the updates, Purdy said.

Vehicles equipped for Ford's new "Blue Cruise" hands-free driver assist system will get the software needed to run it over the internet, Ford said. Purdy said it won't charge customers for the modems or require a subscription fee at present. But that could be coming for some features.

"We certainly see room for subscriptions and packages that this software could enable," Purdy said.

This story has been corrected to say that about 80 computers can be updated over the air in Ford's most sophisticated vehicles, not 110.