Most popular EV in Canada, Tesla Model 3, no longer eligible for federal rebate 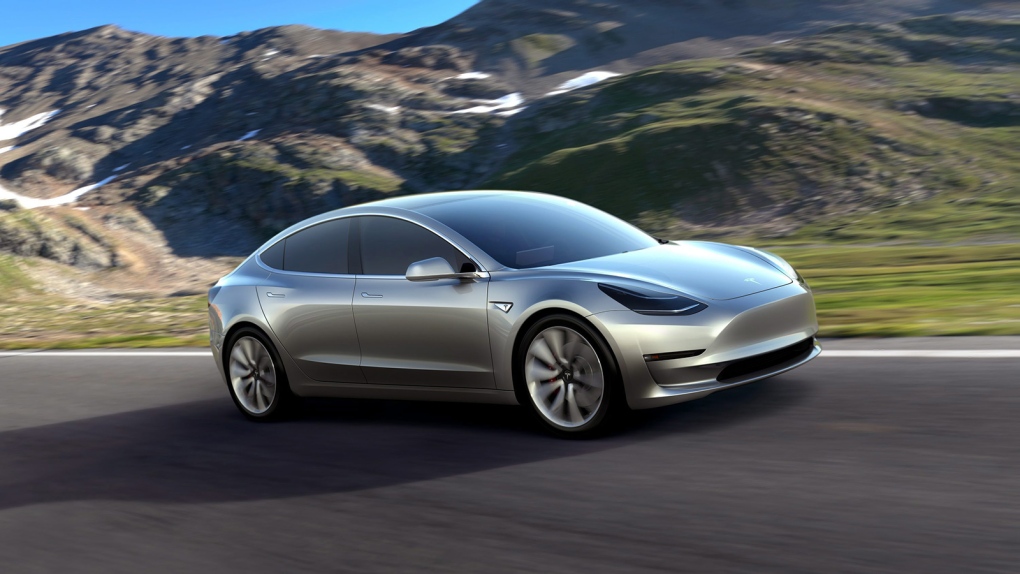 The Tesla Model 3 will no longer top the list of Canada's most rebated electric car.

In a notice posted on its website, Transport Canada said the popular car ceased to be eligible for the federal $5,000 electric car rebate program for both its 2021 and 2022 models.

Only Tesla 3 models that were ordered before Nov. 23 will still have the rebate shaved off its price tag under what the government calls its iZEV program.

"As a result, these vehicle models are no longer eligible for iZEV program incentives," the department said.

In 2019 the company lowered the base price of the Model 3 to just under $45,000 to make it eligible for the program, which began in May of that year.

Since then nearly 35,000 Teslas qualified for it, with the company receiving $173.6 million.

It puts Tesla well out in front as the most popular electric car in Canada. The number two electric car, the Toyota Prius Prime plug-in hybrid, which qualifies for a $2,500 rebate, saw 14,822 vehicles get rebated since May 2019, for a total of $36.9 million.

The Hyundai Kona is the next most popular fully electric vehicle and is also eligible for the full $5,000 rebate. The company has submitted 12,890 cars for the rebate, and received $64.4 million.

Joanna Kyriazis, a senior policy adviser at Clean Energy Canada, said the Tesla 3 has proven to be very popular but she is not concerned pricing it out of the iZEV program will have a negative impact on overall sales of electric cars.

"The federal rebate program has been very popular and there are plenty of other EV models that would qualify for the federal rebate," she said. "We just need a national zero-emission vehicle mandate in place to ensure enough of those vehicles are available to Canadians across the country."

Earlier this year the federal Liberals said they intend to set a mandate that by 2030, half of all new cars sold in Canada are zero-emissions, and 100 per cent by 2035. About 3.5 per cent of new cars sold last year were ZEVs.

Tesla 3s rocketed to the top of the popularity list in Canada before the federal incentive showed up. Introduced in the spring of 2018, Teslas flew to the top of the sales list, selling nearly 5,000 cars in the first four months on offer. The Nissan Leaf, in second place in the second and third quarters of 2018, sold about 3,800.

This report by The Canadian Press was first published Dec. 2, 2021.