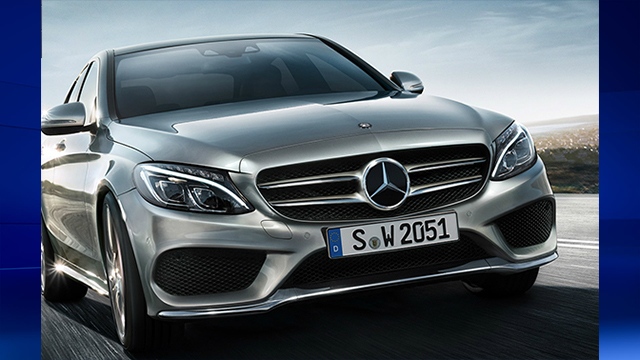 DETROIT -- Mercedes-Benz knows its midsize C-Class is feeling the heat from competitors -- including one model within its very own showroom.

An update should take some pressure off. The 2015 C-Class, which debuted Sunday ahead of the Detroit auto show and goes on sale in the fall, has sexier, chiseled looks and a host of new features. The company says the new car will feel like an upgrade from economy to business class.

The C-Class was last redesigned seven years ago. It was Mercedes' top seller in the U.S. last year at 78,747 sold. But sales were flat compared with a year earlier -- even though sales in the midsize luxury market rose 12 per cent, according to Autodata Corp.

Among those stealing the C-Class's share: Mercedes' own CLA-Class sedan. The CLA, which went on sale in the fall, racked up an impressive 14,113 sales in its first four months.

Here are some details:

Outside: The 2015 C-Class will have the dynamic, sculpted sides of the CLA, but a longer hood and more elegant proportions. It's nearly 4 inches longer and 2 inches wider than the outgoing model. Increased use of aluminum on the body panels has helped reduce the car's overall weight by 220 pounds, improving driving dynamics and fuel economy. Buyers can choose a grille with the Mercedes logo in the centre or a classic grille with the logo on the hood.

Inside: Mercedes has redesigned the interior and upgraded the materials. A new heads-up display shines the car's speed, speed limits and navigation directions onto the windshield. In the hand rest, a new touchpad allows drivers to give commands by writing letters and numbers -- in any language -- with their fingers. A system that alerts the driver if it detects drowsiness or inattention and a collision warning and system with automatic braking at speeds of up to 124 mph are now standard. Options includes an enhanced lane-keeping system, which automatically applies brakes to keep the driver in a marked lane; a system that automatically brakes to avoid pedestrians or parked cars; a system that can detect wrong-way signs and warn the driver; and cruise control designed for speeds lower than 37 mph.

Price: Not released, but likely higher than the current $35,800 starting price.

Cheers and jeers: The new C-Class will be a clear step above the CLA. But Mercedes could have a new problem on its hands: Will a bigger, more expensive and content-rich C-Class threaten the $51,000 E-Class? 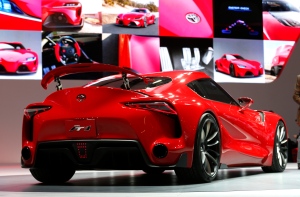 Carmakers feel the need for speed at the Detroit Auto Show