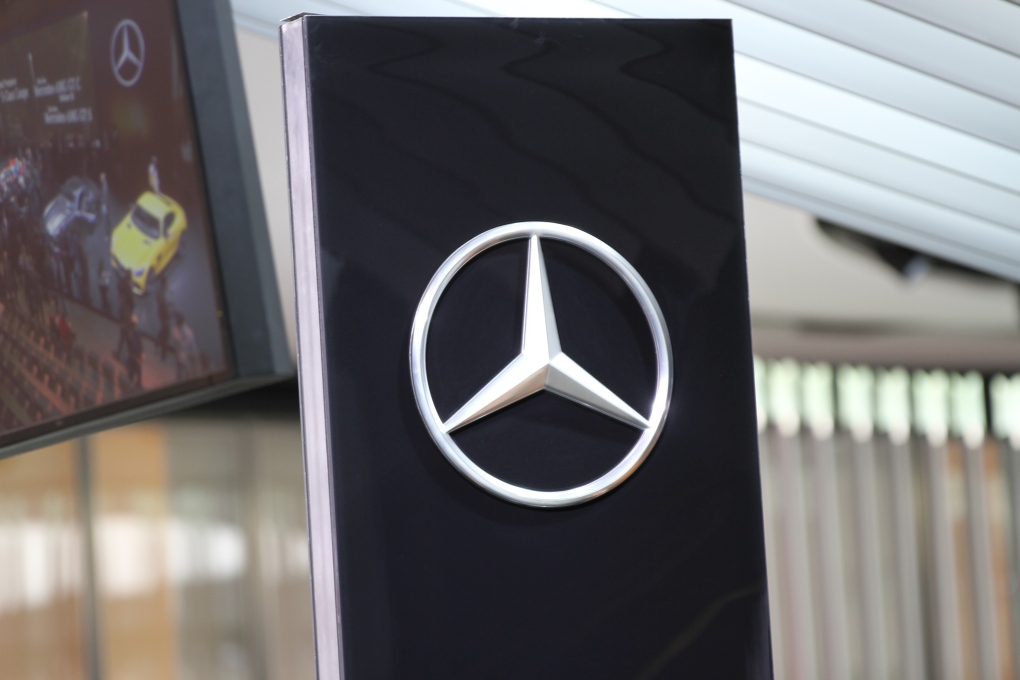 DETROIT -- Of all the automakers that are recalling dangerous Takata air bag inflators, Mercedes is the laggard when it comes to getting repairs done.

The German automaker ranks last of 16 companies tracked by the U.S. government, finishing repairs in 40.1% of its recalled vehicles. All other companies are above 57%, with Honda leading at 88.8% followed by Jaguar-Land Rover at 83.8%, according to an analysis of National Highway Traffic Safety Administration data by The Associated Press.

The Mercedes recalls being tracked by NHTSA began in 2016 and run through last year. In some 2017 and 2018 recalls, the company only recently began notifying owners that replacement parts are available, according to documents filed with the safety agency.

Takata inflators can explode with too much force and hurl shrapnel into drivers and passengers. So far, at least 25 people have died worldwide after being hit by air bag shrapnel, and more than 300 have been injured.

Takata used volatile ammonium nitrate to create a small explosion to inflate the bags. But the chemical can deteriorate over time when exposed to high heat and humidity. That can make it burn too fast and blow apart a metal canister designed to contain the explosion.

The problems touched off the largest string of auto recalls in U.S. history: over 41 million vehicles recalled so far with 56 million faulty inflators. As of January, about 15.9 million defective inflators remained in use on U.S. roads.

Mercedes' poor track record is not limited to just inflators. A NHTSA investigation unrelated to Takata explored allegations of recall notification letters being sent too slowly to vehicle owners as well as slow reporting of safety problems to the agency. That resulted in the company agreeing to pay a $13 million penalty in December. Another $7 million in penalties will be deferred if Mercedes behaves.

Since 2015, NHTSA has been managing the Takata recalls, allocating limited parts to vehicles in areas near the Gulf of Mexico with high humidity. But during the past two years, parts have become more readily available. Together, the 16 automakers have completed 76.3% of their recalls, according to the government data. Fourteen automakers have completion rates above 60%. After Mercedes, the automaker with the next-lowest completion rate is Mitsubishi at 57.8%.

Honda, which has the highest completion rate, also had the most inflators to recall at over 17 million. Its recalls tracked by NHTSA started in 2015, according to the agency.

In emails, Mercedes spokesman Robert Moran said the automaker is replacing the whole air bag module, not just the inflator as some manufacturers have done. That takes longer, he wrote, because it requires parts from multiple suppliers. Mercedes applied for eight deadline extensions from NHTSA in 2018 and 2019 because of parts supply issues.

In a statement, NHTSA said it's having discussions with Mercedes about "efforts to increase is supply of available parts and its recall completion rates."

Mercedes also says it got a later start than other automakers, with its recalls of over 1.3 million inflators starting in 2016. But three other automakers -- Jaguar-Land Rover, Volkswagen and Ferrari -- also started in 2016, and all are well over 60% finished.

The slow completion rate has been a major problem for Melinda Slowinski, a real estate agent in Fort Worth, Texas. She and her husband made a deal to trade in her black 2013 Mercedes E 350 convertible in October and buy a newer Infiniti SUV. But then the Infiniti dealer told her it couldn't accept her car in trade because its front-passenger Takata air bag inflator was being recalled.

Slowinski contacted Mercedes. A customer service agent told her there were no parts to fix it but that she had nothing to worry about because no one had died in a Mercedes. At the time, the company was "offering no resolution, so what do you do?" Slowinski said.

Slowinski said she never got a recall notice in the mail. She wouldn't have let her 16-year-old daughter ride in the passenger seat had she been told.

Slowinski ultimately decided to buy the Infiniti and park the convertible since she was too afraid to drive it. Since October, she has had two car payments while trying to get the Mercedes fixed. She hired a lawyer and in late February, she got a letter telling her that parts were ready.

After some haggling and a call to Mercedes from a reporter, a dealer picked up her car and replaced the air bag.