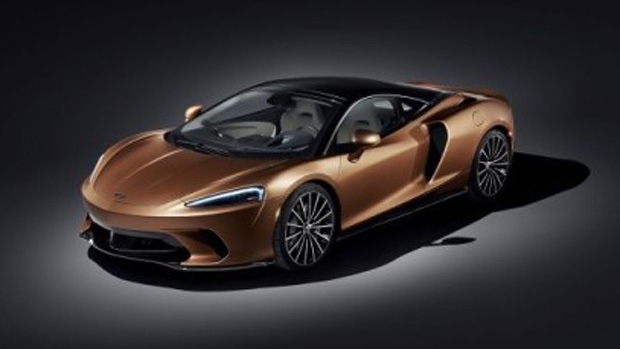 After a month of teasing, McLaren finally unveiled the brand new and incredibly luxurious Grand Touring, bringing both supercar performance and "continent-crossing" capability to one chic vehicle.

McLaren unveiled this week the simply-named Grand Touring, a model that slides in right beside the Sports, Super, and Ultimate Series.

More specifically, it could be placed in between the 570 GT and 720 S with its unique combination of grand touring and supercar specifications.

Its competition-level performance is made possible by its light weight thanks to a carbon fiber structure and its 4.0-liter twin-turbocharged V8 capable of producing 612 hp and 465 lb.-ft of torque; the maximum speed of the Grand Touring is 203 mph -- the 720 S supercar's top speed is 212 mph -- and the acceleration time to sprint from 0-60 mph is 3.1 seconds.

The storage capacity totals 20.1 cubic feet, making the model ideal for long-distance travelling. The suspension system, as well as the braking and steering at lower speeds have been optimized for driving comfort and everyday use even in urban areas.

In terms of technology, the cabin features McLaren's latest infotainment system with real-time navigation and traffic reporting. With an upgrade, owners can opt for a 12-spear premium audio system by Bowers & Wilkins paired with carbon fiber subwoofers.

Also available as alternatives to the standard Nappa trims are cashmere (available towards the end of 2019), luxury leather, and Alcantara upholsteries.

The McLaren Grand Touring is now available for pre-order with delivery beginning later this year. Pricing starts at US$210,000.