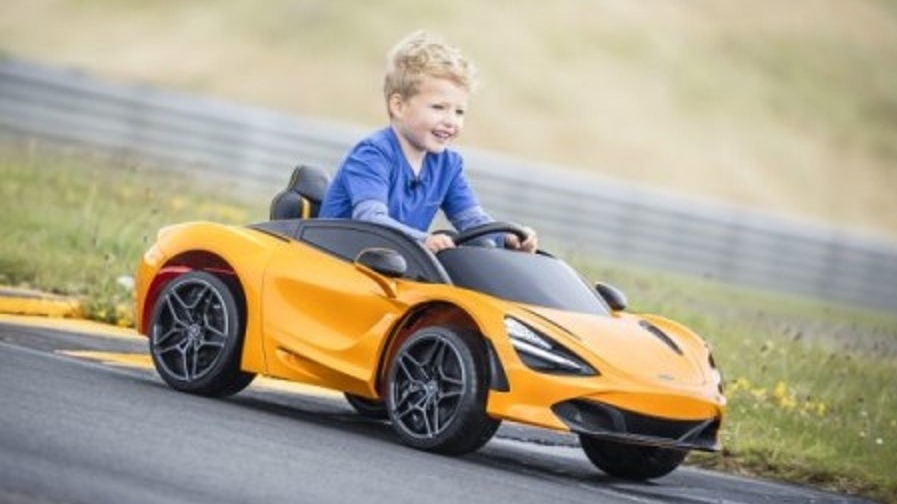 On Thursday, McLaren announced that it had created a mini yet functional kid-friendly electric supercar complete with a working infotainment system, an "autonomous driving" mode, and butterfly doors.

This week McLaren Automotive unveiled the 720S Ride-On, a small, electrified version of the iconic supercar designed for enthusiasts aged three to six.

After a tiny driver enters the tiny vehicle via a tiny butterfly door, puts the key in the ignition, and presses the accelerator pedal, the electric motor propels the car forward -- a motion accompanied by artificial engine sounds.

The Ride-On can also move thanks to an "autonomous drive mode," which is actually just a remote-control mode that lets parents control the car from the stands.

When the young supercar driver puts on the brakes, the rear lights ignite just like on the full-size 720S. To ramp up the luxury, the mini version is also equipped with an infotainment system outfitted with a display screen on which kids can play music or watch movies.

The McLaren 720S Ride-On retails for £315, or about US$400, and is available for order Friday. The mini model comes in a variety of characteristically McLaren colours.