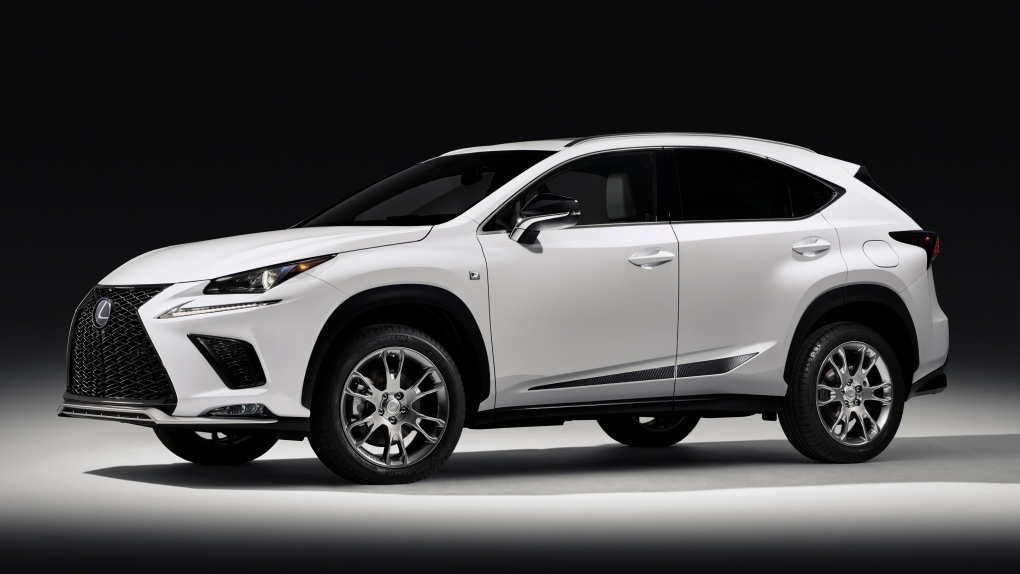 This week Lexus announced that, beside the 2019 LC 500 Inspiration, the 2019 NX F Sport Black Line Special Edition will also be making its debut at the Chicago Auto Show next to the recently unveiled 2020 RC F Track Edition and LC Convertible Concept.

Just one day after Lexus announced that the third-gen LC 500 Inspiration is scheduled to debut in Chicago next week, the company unveiled three more luxurious models expected to make an appearance including the brand new 2019 NX F Sport Black Line Special Edition.

In stark contrast to the bright Flare Yellow Inspiration that will roll into the Windy City, the NX F Sport Black Line Special Edition crossover is black (or white or silver, if you prefer) and stylistically mysterious, though the interior seating is covered in arctic white and black upholstery.

The real star of the model, however, is not all the unique design detailing and slick tech, but instead the exclusive Mark Levinson 835-watt Premium Surround Sound Audio System with 14 speakers.

Only 1,000 units of the NX F Sport Black Line Special Edition will be produced arriving in dealerships this month. The front-wheel drive version will set owners back $48,575, the all-wheel drive $49,975; both are about $10,000 more expensive than the standard editions.

Though these four new models will certainly be the focus of Lexus's booth in Chicago next week, 20 vehicles total will be on display including the also luxurious 2019 Lexus UX 200 and UX 250h.

While Lexus unveiled two new sporty vehicles at the Detroit Auto Show last month and are debuting yet another vehicle next week, who knows what luxurious creation the company will show in Geneva in March.