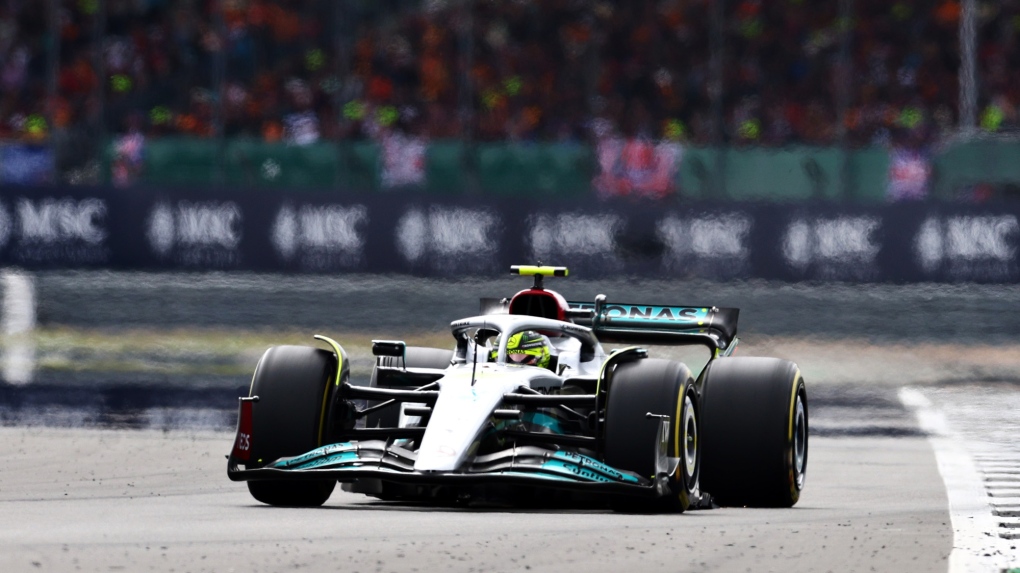 Seven-time Formula One world champion Lewis Hamilton has said he supports the cause of environmentalist group Just Stop Oil, but not some of its methods after group members invaded the track during the British Grand Prix.

At Sunday's Grand Prix at Silverstone, a group of protesters wearing orange T-shirts sat on the Wellington straight when cars were returning to the pit at low speeds with the race red-flagged after Zhoy Guanyu's high-speed crash.

Mercedes driver Hamilton, who found out about the protests opposing global oil usage in the post-race press conference, said: "Big up the protesters."

The 37-year-old, who finished third in a dramatic race, added: "I love that people are fighting for the planet and we need more people like them."

After the press conference, Mercedes said in a statement, which was sent to CNN: "Lewis was endorsing their right to protest but not the method that they chose, which compromised their safety and that of others."

Later in the day, Hamilton took to Instagram to clarify his thoughts.

"As we've seen today, this is a very dangerous sport," he wrote. "I wasn't aware of the protests today, and while I'll always support those standing up for what they believe in, it must be done safely. Please don't jump onto our race circuits to protest, we don't want to put you in harm's way."

Northamptonshire Police said that seven people were in custody after the incident, with chief inspector Tom Thompson saying he was "really disappointed" the protesters ignored prior warnings about safety issues.

"We offered to facilitate a peaceful event at the circuit but they instead chose to put the lives of the drivers, marshals and volunteers at risk. It is incredibly disappointing that anyone would make the decision to do this," he said.

"Thankfully we had plans in place for an eventuality such as this and the group were swiftly removed and arrested by our officers."

Just Stop Oil posted a statement on social media after the race claiming responsibility for incident and outlining its reasons for doing so.

"If you are more outraged about this disruption than our world being burnt before our eyes, then you need to get your priorities straight," the post said.

Both race winner Carlos Sainz and Sergio Perez, who finished second, said they backed the cause, but criticized the way the protest was carried out.

"I think people have the opportunity to speak out and do manifestations wherever they want, because it's a right. I just don't believe jumping into a Formula 1 track is the best way to do it, and putting yourself at risk and all the other drivers," Ferrari driver Sainz, who claimed his maiden victory, said in the post-race press conference.

"So yes, I support the cause, I think Formula 1 is doing a great job already to try and go carbon zero by 2030. And we are pushing on this area and we are pushing F1 and pushing the FIA [motorsport's governing body] to find ways to go in this direction."

"We thank the police for their great work and we shouldn't be complacent about the risk this posed to the safety of the drivers, marshals, fans and the individuals themselves."