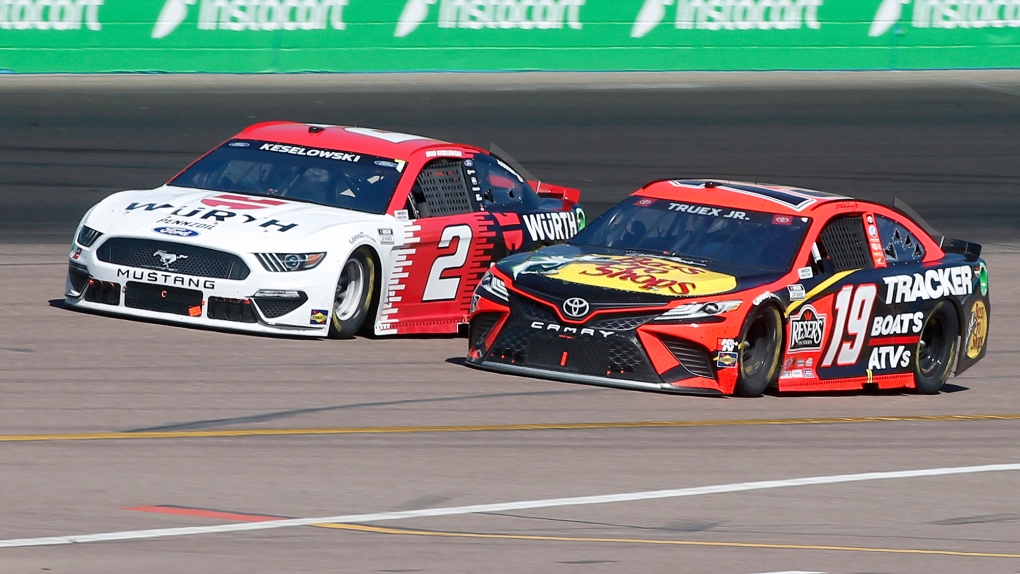 MARTINSVILLE, VA. -- Brad Keselowski didn't get the finish he hoped for two weeks ago when NASCAR's Cup Series ran on the dirt at Bristol Motor Speedway, but the 2012 series champion didn't dwell too long on his 11th-place finish.

"When we got out of Bristol, I left with a smile on my face knowing that we had Martinsville, we had Richmond -- those are two of my best racetracks," the Team Penske driver said. "At Martinsville we've been just so solid the last few times, and then Richmond was kind of a dominant race for us last fall."

NASCAR's premier series is in the midst of a stretch of three races in a row on tracks shorter than a mile, and while many of his fellow competitors also cut their racing teeth on such ovals, Keselowski has a particular affinity for them. He has won twice each at Martinsville and Richmond and three times at Bristol.

Both of his wins on Martinsville's 0.526-mile oval, the series' oldest and shortest circuit, came in the spring, and Keselowski said it's a track that often vexes drivers, especially early.

"Some tracks it just seems like it takes longer for things to click and Martinsville seems to be one of them in my mind," he said, adding that there's a certain patience required, something he had to learn before winning in April 2017 and March 2019.

"The first thing I would say is if Martinsville were a golf course, it would be a 50-hole golf course," he said. "It's a 500-lap race, so you get behind early there is plenty of opportunities to catch up, and even to expand upon that with the advent of the wave arounds and the lucky dogs and stages, it's never been easier to catch up from behind in NASCAR, so I think having the mental strength and capacity to acknowledge that, work through it and play that to your advantage is super important.

"Not everybody has it, but the best do and they're able to succeed."

Martin Truex Jr., the 2017 series champion, has learned that, too, winning two of the last three races at Martinsville, including the spring race last June.

"Definitely patience is key," he said Friday. "It's a long race and obviously, you need to be around at the end."

There have been seven different winners through seven races this season, Truex among them, and the next five tracks will also host races during the 10-race playoffs.

Conditions are likely to be different at those venues in the fall, but every bit of information helps, he said. "Look forward to hopefully running well and hopefully getting a few more wins and building a notebook for the playoffs. It's definitely an important thing."

Chase Elliott won in the fall on his way to the championship, with three Team Penske teammates -- Ryan Blaney, Joey Logano and Keselowski -- next in line.

That race proved disappointing for William Byron, who'd driven his Hendrick Motorsports car to an eighth-place finish in the spring. He felt like he had another top-10 run going until mechanical issues surfaced and relegated him to a 35th-place finish.

The eighth-place run came despite Byron starting at the rear several times.

It's also a place, Byron said, where many champions win.

"It's an experience place," he said. "It's a really tough place."