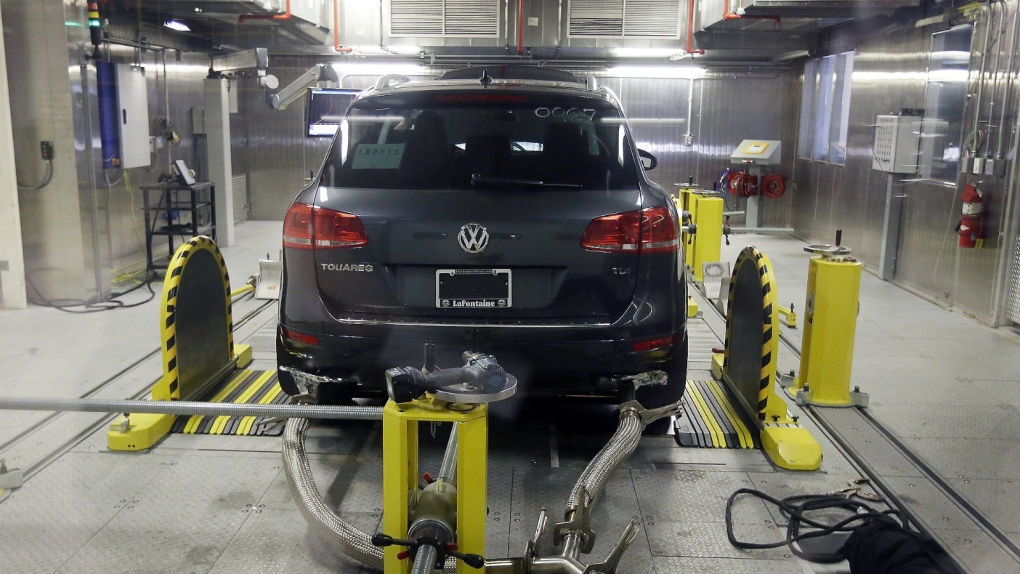 SAN FRANCISCO -- A federal judge on Thursday warned Volkswagen owners eligible for a buyback under one of the company's emissions cheating settlements not to strip their vehicles of parts before turning them in.

The German automaker reached a deal this week with U.S. regulators and attorneys for owners on the remaining 3-liter diesel cars caught in the scandal. At a hearing about compensation for those buyers, Volkswagen attorney Robert Giuffra complained that a handful of customers were removing car parts under an earlier deal on a larger number of vehicles with smaller engines.

That settlement for about 475,000 2-liter diesel cars calls for them to be returned in the condition they were being driven, U.S. District Judge Charles Breyer said.

In at least one case, the customer even took the seats and air bags, Giuffra said.

"We ask the court to advise class members if they wish to receive settlement benefits, they should not engage in deliberate part stripping," the attorney said.

The nearly $15 billion deal for the 2-liter cars gives their owners the option to have the automaker buy back their vehicle or pay for repairs. Volkswagen also will pay those owners $5,100 to $10,000 each.

The company has agreed to spend up to $10 billion compensating those consumers. That settlement also includes $2.7 billion for unspecified environmental mitigation and $2 billion to promote zero-emissions vehicles.

Giuffra said that as of Sunday, more than 100,000 customers had accepted Volkswagen's buyback offer at a total value of nearly $2 billion.

The second settlement in the emissions scandal came this week for the remaining 80,000 vehicles. Under that agreement, Volkswagen is offering to buy back 20,000 3-liter diesel vehicles. The company believes it can repair the others.

Breyer said Thursday that the automaker had reached a separate deal to compensate owners and leaseholders of the 80,000 vehicles, but he didn't say how much they would receive on top of a buyback or repairs.