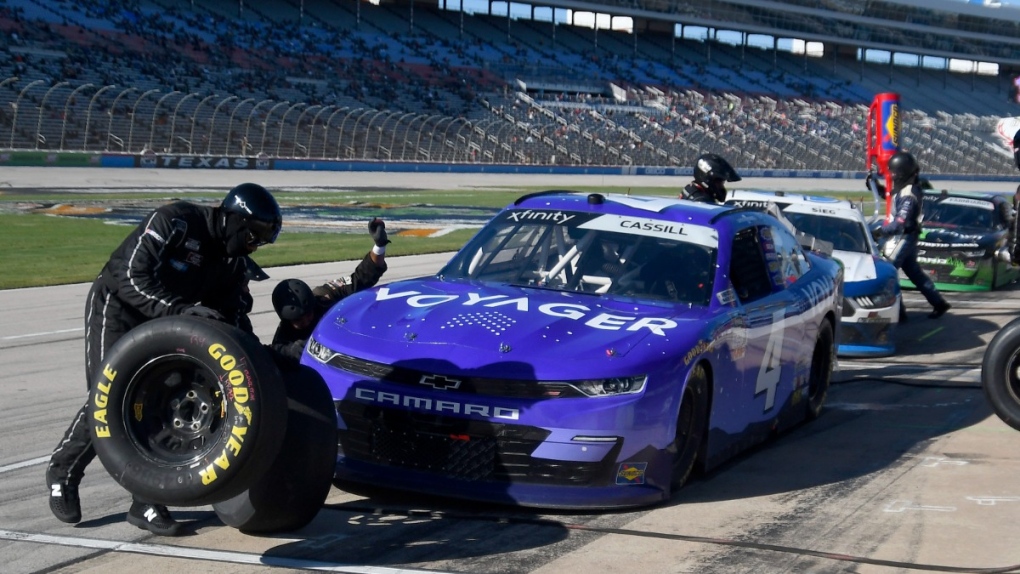 Should he win one of auto racing's crown jewel races, Conor Daly would gladly take the seven-figure payout awarded to the Indianapolis 500 champion and deposit traditional American cash straight in his bank.

Oh, and throw in some digital dollars, too.

"We have bitcoin bonuses in our contract, so we win," Daly said, smiling, "then there will be some bitcoin floating my way."

The IndyCar driver is among a growing number of athletes getting in the crypto game. At Indy, where culture is traditionally steeped in bricks more than bitcoin, the shift to cryptocurrency sponsorship may still be a curious concept to the almost 300,000 fans who will pack the track Sunday. But inside the paddock -- and locker rooms around the sports world - new forms of digital money help pay the bills and salaries for teams and athletes.

Team owner Ed Carpenter is a staunch advocate for cryptocurrencies. Ed Carpenter Racing is better known in the paddock during May as the Bitcoin Racing Team because Daly and Rinus VeeKay both drive Chevrolets sponsored by BitNile, which owns and operates a data centre at which it mines Bitcoin.

Got all that? Rick Mears in the "The Yellow Submarine" this is not.

Drivers in auto racing series around the globe hope sponsorships and paint schemes can stir interest for fans to educate themselves about the often-complicated, almost mythical, digital currency.

The more fans who dip into the crypto market, the thinking goes, the more apt those companies are to invest in racing.

Cryptocurrencies are a digital asset that can be traded over the internet without relying on the global banking system. They've been promoted as a way for those with limited means to build wealth by investing in the next big thing.

They're also highly speculative and often lack transparency, which substantially increases risk. Bitcoin and Ethereum, the most popular cryptocurrencies on the market, plunged in value this month, leaving skeptics to wonder if crypto companies are in sports for the long haul.

"It just doesn't look like a long term, viable way to do things, said Stuart Madnick, professor of information technology at the MIT Sloan School of Management. "The long term, in many people's eyes, is next week."

"Obviously, the crypto markets are volatile," Cassill said. "But I've been in the space a long time now. I prepared myself for these. I think anybody that's a veteran of the space is familiar with the volatility in the market. I hold crypto that is certainly down. I also trade the market. I trade it on Voyager. I made some good trades in the last couple of weeks that I'm happy with."

Sports leagues and teams were among the first legitimate business to grab crypto cash.

The downtown Los Angeles home of the NBA's Lakers and Clippers, the NHL's Kings and the WNBA's Sparks changed its name last year to Crypto.com Arena as part of a US$700 million, 20-year deal. Crypto.com has been on a spending spree over the past year, striking sponsorship deals with Formula One, the UFC and the NHL's Montreal Canadiens -- while also purchasing the Philadelphia 76ers' uniform sponsorship patch.

Mainstream acceptance has also accelerated: Fidelity Investments, one of the nation's largest providers of retirement accounts, announced earlier this month it will start allowing investors to put Bitcoin in their 401(k) accounts.

Carpenter spoke at the Bitcoin 2021 conference and has became an advocate in the paddock for the industry. He has faith that virtual currency companies can work as a steady sponsor, bringing crucial funding to race teams.

"It's something I still believe in for the long haul," he said. "I don't look at its volatility on the day to day probably as much as others. I think the people that we're working with and associated with feel the same way."

Landing sponsorship in racing as much about networking as it is winning checkered flags. Mingling with corporate bigwigs is a bit easier with traditional sponsors such as beer and candy companies and car dealerships. Trying to appear hip on the latest trends with blockchains and NFT jargon can be tricky.

"It can be a tough space to network in and speak about intelligently," Cassill said. "The lingo and the ins and outs, the inside baseball of this space, is just so new that if you haven't been in it for four or five years already, it's hard to really know what's going on without really going off the headlines. The space moves so fast."

Daly locked in his deal over a crazy night in Las Vegas.

"People always say, Conor, you spend too much time in Vegas. I was like, guess what, got me a job this time, you losers," Daly said.