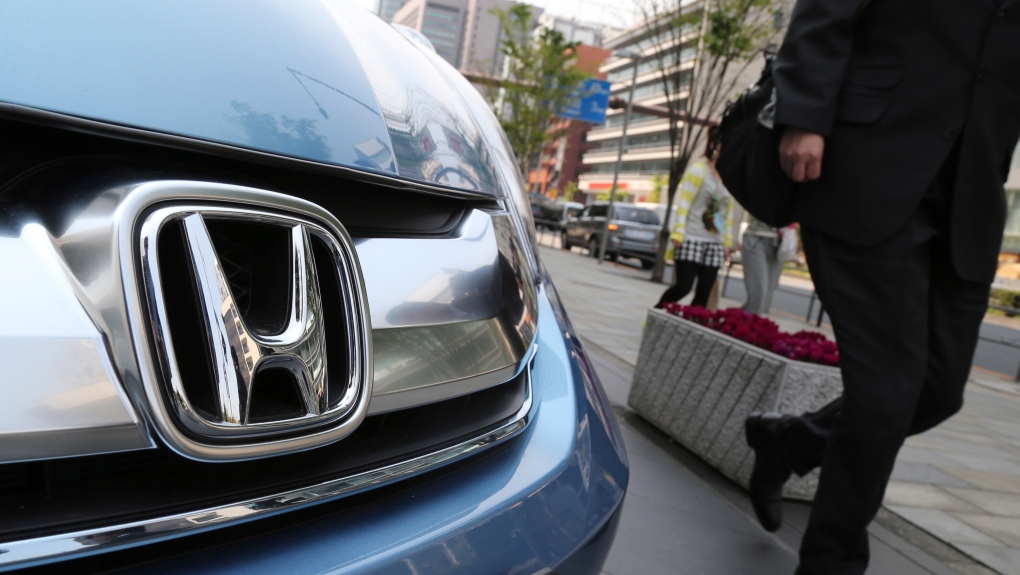 A man walks past a Honda on display at Honda Motor Co. headquarters in Tokyo on April 25, 2014. (AP / Koji Sasahara)

TORONTO -- Honda Canada is recalling some 700,000 vehicles in Canada to replace airbag inflators implicated in five deaths and a number of injuries in the U.S. and abroad.

The action is part of a worldwide recall safety campaign initiated over concerns about the airbags made by Takata Corp. of Japan, which can inflate with too much force, blowing apart a metal canister and spewing shrapnel.

Dozens of injuries have been reported and at least five people have died due to the problem, four of them in the United States and one in Malaysia.

However, the company says it is unaware of any injuries or deaths in Canada related to the problem involving a Honda vehicle.

Honda, like other automakers, had previously limited the recalls to high-humidity areas, where investigations have shown that the airbag inflator propellant, ammonium nitrate, can burn faster than designed if exposed to prolonged high humidity, causing airbags to inflate too quickly.

However, last week, Honda announced it was expanding its recall of certain 2001 to 2010 Honda and Acura vehicles to all 52 U.S. states and, on Tuesday, further widened the recall to include Canada.

"This action is being taken to address the concerns of our customers residing outside the regions of high temperature and high absolute humidity, thereby supporting the ongoing investigation," Honda said in a statement.