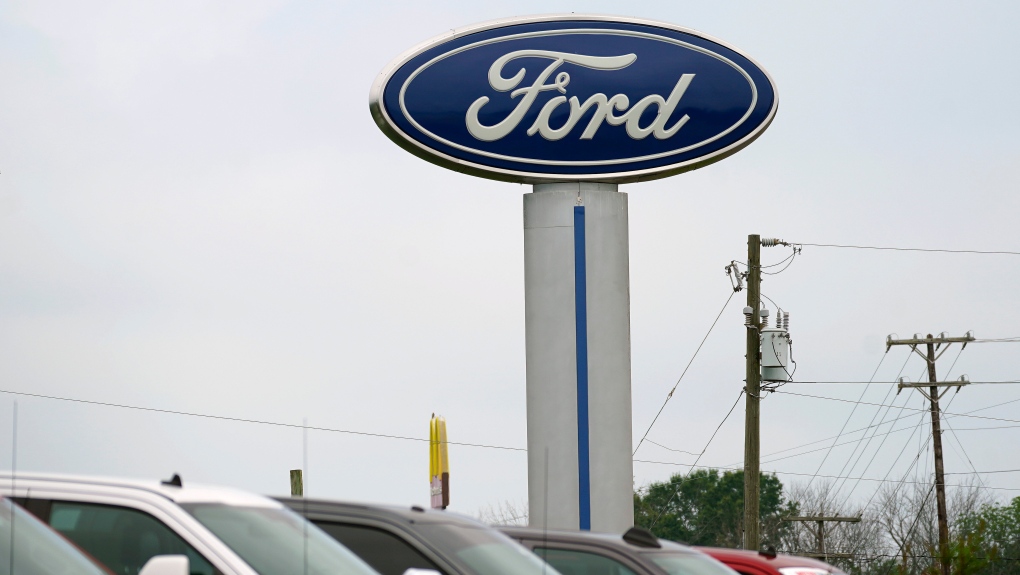 When Ford revealed plans to ramp up its commitment to the fledgling electric vehicle sector, the automaker chose to create thousands of jobs and pump billions in investments into two states where Republican leaders have vilified the push for green energy and defended fossil fuels.

Teaming with its battery partner, SK Innovation of South Korea, Ford said Monday it will spend $5.6 billion in Stanton, Tennessee, where it will build a factory to produce electric F-Series pickups. A joint venture called BlueOvalSK will construct a battery factory on the same site near Memphis, plus twin battery plants in Glendale, Kentucky. Ford estimated the Kentucky investment at $5.8 billion. The single largest manufacturing venture in the iconic company's history will create an estimated 10,800 jobs.

Choosing Tennessee and Kentucky for the coveted mega-projects created an ironic disconnect between the automaker's high-stakes bet on the future of battery-powered vehicles and the rhetoric from many Republican leaders who have railed against a shift toward green energy and away from fossil fuels.

On Monday, Senate Republican leader Mitch McConnell applauded Ford for giving an economic boost to Kentucky, saying it solidified his home state's position "as a world-class automotive state on the cutting edge of research and development." McConnell sounded a different theme two months earlier, when he took to the Senate floor to blast Democrats for wanting to "wage war on fossil fuels" and tried to turn their efforts to promote electric vehicles into a wedge issue.

"They want to further expand giant tax credit giveaways for costly electric cars -- when 80% of it is going to households earning six figures and up," McConnell said in July. "They also want money and mandates to push the entire federal government fleet toward electric cars, too. Wouldn't you just love to see an IRS auditor pull up to your tax audit in a $97,000 Tesla?"

In Kentucky, where Republican state lawmakers recently joined Democratic Gov. Andy Beshear in approving an incentives package credited with helping lure the battery project to Glendale, hostility toward green energy has focused on the decline of coal production and the erosion of good-paying mining jobs in regions that depended on them. The battery plants will be built in central Kentucky, a lengthy drive from the coalfields of eastern and western Kentucky.

Kentucky Republican Sen. Rand Paul, who tweeted out his thanks to Ford for its latest investment in the state, routinely lambastes the Green New Deal. In 2019, he condemned it as an "industry-killing, all-out assault on our way of life in Kentucky" and an attack on automobile makers.

Tennessee GOP Sen. Marsha Blackburn said the project "will transform the landscape of West Tennessee." Last month, in explaining her vote against a $1 trillion infrastructure plan, she said much of the legislation amounted to a "gateway to socialism -- a lot of Green New Deal in there." She said that Tennesseans "don't want the Green New Deal."

Scott Jennings, a Kentuckian and former adviser to Republican President George W. Bush, said Tuesday that politicians generally support economic development "however they can get it."

"And as for Republicans, at least most of us, we support markets," he said. "And if the market bears the production of electric vehicles then I don't think anyone will see this as an affront to their culture or energy heritage. There's still a role for coal and other fossil fuels in this world ... and this plant won't change that. I've always viewed conservatives as being for `all of the above' energy strategies and this certainly fits that slogan."

Beshear, who led the push that landed the state's single largest economic development project ever with the Glendale battery production project, said the private sector is leading the conversion toward green jobs.

"And so everybody else is going to have to get on board," Beshear told The Associated Press in an interview Monday. "But let me say, there's a big difference between theoretical arguments that go on in Washington, D.C., and the prospect of thousands of jobs here at home."

Ford picked the Kentucky and Tennessee sites in part because of lower electricity costs, CEO Jim Farley said, as well as being less exposed to flooding and hurricanes than other states. Battery factories use five times the electricity of a typical assembly plant to make cells and assemble them into packs, so energy costs were a big factor, Farley said.

In an interview Monday, Farley said workers at the Tennessee and Kentucky plants will decide whether they want to be represented by the United Auto Workers union. It's common for political leaders in both states to actively campaign against unionization.

At the Tennessee news conference Tuesday, UAW President Ray Curry told The Associated Press that the union has a long history with Ford and he's optimistic about organizing the battery factories and assembly plant.

He conceded that there's no agreement at present between the union and Ford for the Tennessee site.

Both Kentucky and Tennessee have "right to work" laws, which stop companies and unions from signing contracts that require workers to pay union dues. Tennessee voters will decide next year on a constitutional amendment enshrining right to work and making it harder to repeal. Curry said the amendment doesn't complicate matters with Ford.

Asked if he thought Ford located plants in Tennessee to avoid the union, Curry replied: "absolutely not."

In Glendale, a tiny community ringed by corn and soybean fields about 50 miles (80 kilometers) south of Louisville, residents seemed ready to embrace the newfound ties to the green energy movement and the fight against climate change.

Laura Tabb said it's "fantastic" that Ford's arrival will hoist Glendale onto the "cutting edge of a green technology." She said the fight against climate change shouldn't be a political issue.

"Everyone should be on board with trying to save the planet," she said. "Who doesn't want to save the planet? If you're opposed to measures that will help make things greener, you're on the wrong side of history."

Adam Lobert, who was in Glendale at the end of a biking excursion and who lives in nearby Elizabethtown, said he could get behind battery-powered vehicles, but objected to the government boosting EVs by dangling tax credits.

As a self-professed "small government guy," he said: "I think battery-powered cars are a wonderful idea. ... But they've got to stand on their own."

Krisher reported from Detroit and Sainz from Stanton, Tennessee.