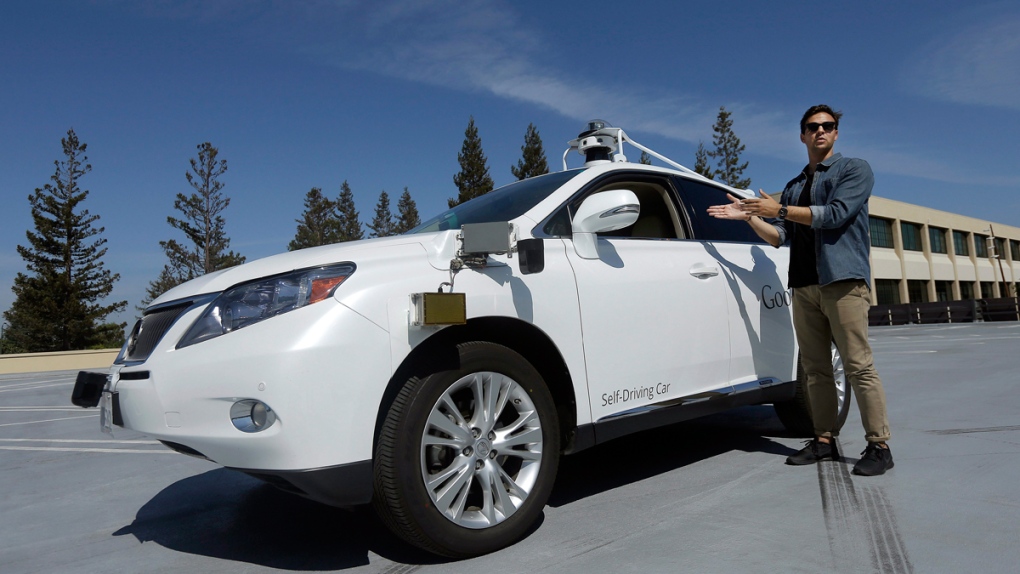 MOUNTAIN VIEW, Calif. - Fresh out of college, Brian Torcellini dreamed about getting a job writing about surfing.

Instead, he wound up in a dusty, dimly lit garage near Google's Silicon Valley headquarters six years ago, getting ready to ride a wave of technology that thrust him into an occupational oxymoron. He became a driver in a driverless car.

Torcellini, 31, now leads a crew of test, or "safety," drivers who are legally required to ride in Google's fleet of 48 robot cars that the Internet company's engineers are programming to navigate the roads without human assistance.

"A lot of people go to work and sit in a cubicle," Torcellini says. "Our cube just happens to move around the roads. And if we are successful, we are going to put ourselves out of a job."

The vehicles have travelled more than half that distance in automated mode, with one test driver in place to take control of the car if the technology fails or a potentially dangerous situation arises. Meanwhile, another driver sits in the front passenger seat typing notes about problems that need to be fixed and traffic scenarios that need to be studied.

"I don't want to compare myself to an astronaut, but it kind of feels like that sometimes," says Google test driver Ryan Espinosa while riding in an automated Lexus that recently took an Associated Press reporter on a 20-minute ride around town without requiring any human intervention.

If the technology advances as Google envisions, the only people sitting in driverless cars by 2020 will be passengers looking for an easier way to get around.

Even fewer test drivers will be working because the driverless cars will be completely autonomous, eliminating the need for the vehicles to be equipped with steering wheels or brake pedals. Everything will be controlled through a combination of sensors, lasers, software and intricate maps -- a vision that could very well leave many of Google's test drivers looking for a new line of work.

The job requires a sense of adventure, something Torcellini acquired when he began to surf in high school. His other passions include spear fishing and scuba diving, which he likens to the sensation he gets when he climbs into one of Google's self-driving cars and pushes the button that activates the vehicle's robotic controls.

While the engineers who are programming the robot cars have technical backgrounds, most of the test drivers don't.

Torcellini worked in a drug store warehouse while getting his degree in political science at San Diego State University. He ended up at Google in 2009 after a friend who worked for the company suggested he interview for an opening on a then-secret project.

Espinosa, 27, was working in a bicycle shop before he was hired as a test driver two-and-half years ago. Stephanie Villegas, 28, was a swim instructor, knife sharpener and bond trader before becoming a test driver. Other test drivers are military veterans and former photographers. They all share at least one thing in common: spotless driving records.

Before they are entrusted with the cars, Google's test drivers must complete three-week training courses. The drivers are taught to take control of the robot car whenever there is any moment of doubt or danger.

A few of those self-driving cars Google also recently began cruising around Austin, Texas, so a few of the test drivers are based there.

The crew consists of a mix of full-time employees and contractors, some of whom are eventually hired by the company.

The drivers who start off as contractors begin at $20 per hour with "many opportunities" for overtime when they log more than eight hours in a day or 40 hours in a week, according to Google's recent help-wanted listings posted on Glassdoor.com. The drivers who become employees receive company stock options in addition to their salaries, though Google won't disclose how much they are paid.

Besides having clean driving records, Google's test drivers say the job requires a combination of good judgment, patience and fearlessness. The self-driving cars were in 16 accidents from May 2010 through August, but they are becoming more frequent as the vehicles spend more time on public roads. Half of the collisions have happened since February -- a stretch when the self-driving cars were travelling an average of about 10,000 miles per week on public streets in autonomous mode. There have been no major injuries reported so far.

The self-driving technology hasn't been to blame for any of the accidents, according to Google, though it says one collision was caused by an employee who was steering a robot car while running a personal errand. In all but three of the accidents, Google's self-driving cars have been rear-ended, a trend that the company believes has to do with the large number of motorists who are texting, talking on the phone or otherwise doing something besides paying attention to the roads and their surroundings.

"There are tons of situations where we see people who just aren't very good at driving out there," Torcellini says. "It's up to us to teach the (robot) cars to be better than those drivers, and even better than the best drivers, too."