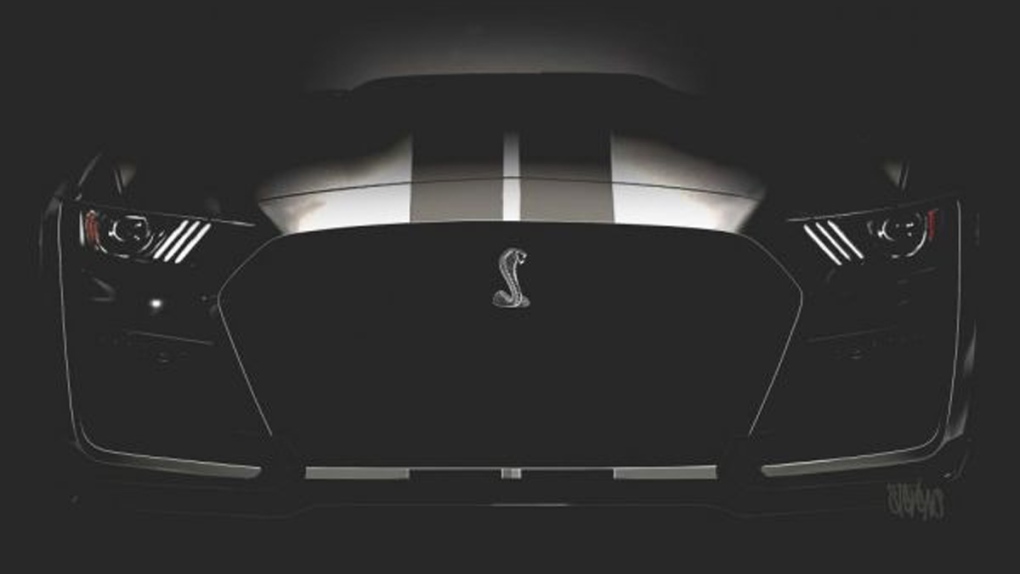 The teaser image Ford has released of a new Mustang Shelby GT500 doesn't give a great deal away about the new hardcore Mustang, but it reassures enthusiasts that the trademark GT500 stripes will definitely be adorning this much-anticipated new model.

This is going to be a model for those who find the current Shelby Mustang GT350 just a little too tame, and that's because this one is set to boast somewhere in the region of 700 horsepower. The Blue Oval probably had to come up with something like this to finally deliver an answer to the likes of the 707 horsepower Dodge Charger SRT Hellcat and the 755 horsepower Corvette ZR1.

Even though Ford has confirmed the GT500 will feature 'innovative track technologies' and 'functional track-tuned styling,' this won't be an entirely track-focused model not intended for the road. Despite the power, the gaping front fascia and the new, more aggressive front end aero package feeding around into the wheel arches for a wider stance than the regular Mustang, this is very much a car that can be still be used as a daily driver.

Its power and performance is not to be underestimated though, as this will be the most powerful road-legal car Ford has ever produced when it finally hits the road in 2019.

Although the new 2019 Shelby GT500 is said to be unlikely to make the trip across the Atlantic to Europe, it would be foolish to rule it out completely. After all, few would ever have expected a Jeep Grand Cherokee with the 700 horsepower engine from the Dodge Charger and Challenger Hellcats to make it to Europe. But it was recently announced at the Geneva Motor Show earlier this month that the Grand Cherokee Trackhawk with that incredible powerplant under the hood was in fact headed to Europe.

Furthermore around a quarter of all Mustangs currently being built by Ford in the U.S. are destined for the markets of Germany, China and the U.K.