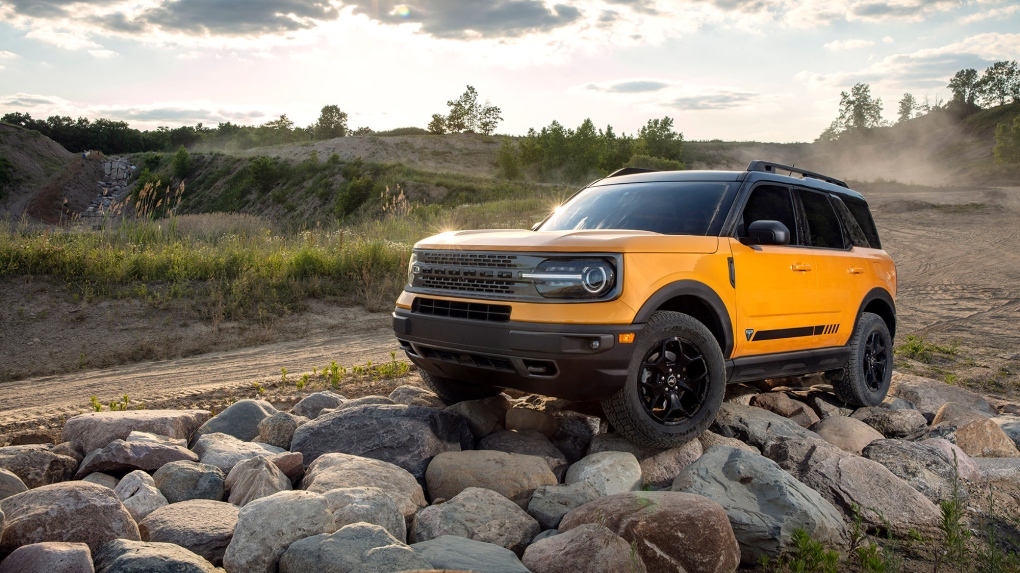 The Bronco Sport has a permanently attached roof and is available only in a four-door version. (Ford)

BENGALURU -- Ford Motor Co. said on Tuesday it had started producing and shipping the new Bronco sport utility vehicles (SUVs) from its Michigan assembly plant, following a delay in the launch of the SUVs due to COVID-19-related issues with the automaker's suppliers.

Customers have booked more than 125,000 sixth-generation Bronco SUVs since the beginning of the year, the company said. The SUVs are targeted at the Jeep Wrangler market segment.

Ford said it had made more than 190,000 reservations for the Bronco in the United States and Canada.

The company built the first generation of Broncos from 1966 to 1977, and withdrew the line in 1996 amid falling demand.

Ford said it had invested US$750 million into and added about 2,700 jobs at the Michigan assembly plant to build the new Broncos.