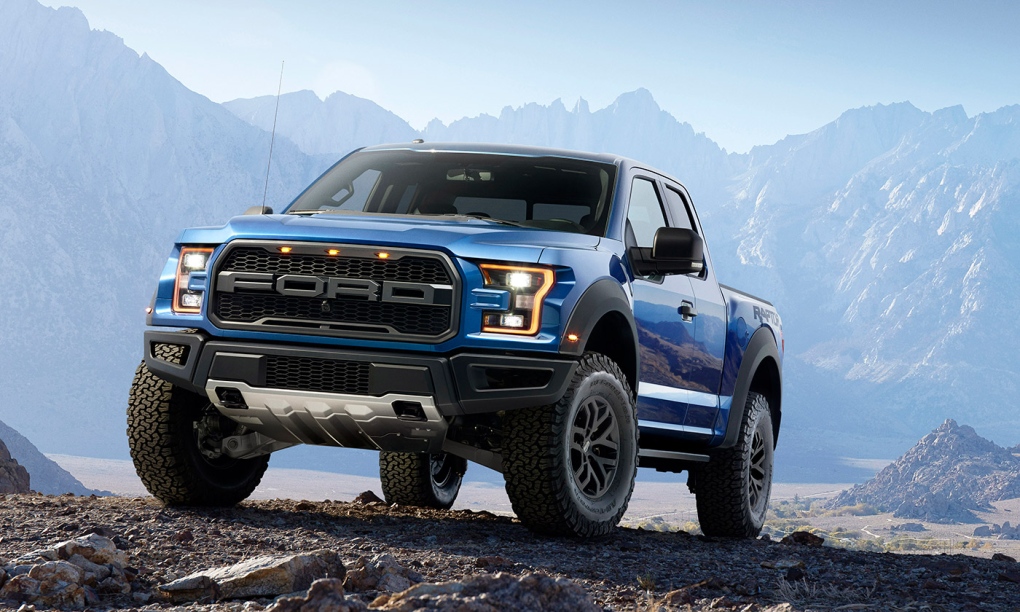 Ford’s presentation at Joe Louis Arena at the 2015 Detroit Autoshow on Monday offered a welcome debut for truck fans in the form of a new F-150 Raptor.

The Raptor, Ford’s off-road Baja-style pickup truck, has been hugely popular for the blue oval, however its production run ended this year as it was based on the last generation F-150 body and frame. When the all-new aluminum 2015 F-150 was first revealed, no Raptor version was included in the lineup, making for a hot will-they-or-won't-they debate amongst Raptor fans.

We now know, they will. However, we'll have to wait a bit longer for the new Raptor to make it to the showroom as it is slated to be a 2017 model that won't be available until the fall of 2016.

It may well be worth the wait though. This slick-looking new Raptor promises to be all that the previous version was, along with a few new features. First of all, it will weigh 500 lbs. less than the steel body version and it will also be powered by a new Hi-output 3.5L EcoBoost V6 engine that is said to make more horsepower and torque than the current Raptor's 411-hp, 434-lb.-ft. 6.2L V8 makes.

This new engine will also be mated to an all-new 10-speed transmission. Underneath, the nuts and bolts of what makes a Raptor a Raptor have also been redesigned with larger FOX Racing Shox, more suspension travel and all-new terrain management technology.

In Pictures: Stylish and experimental cars