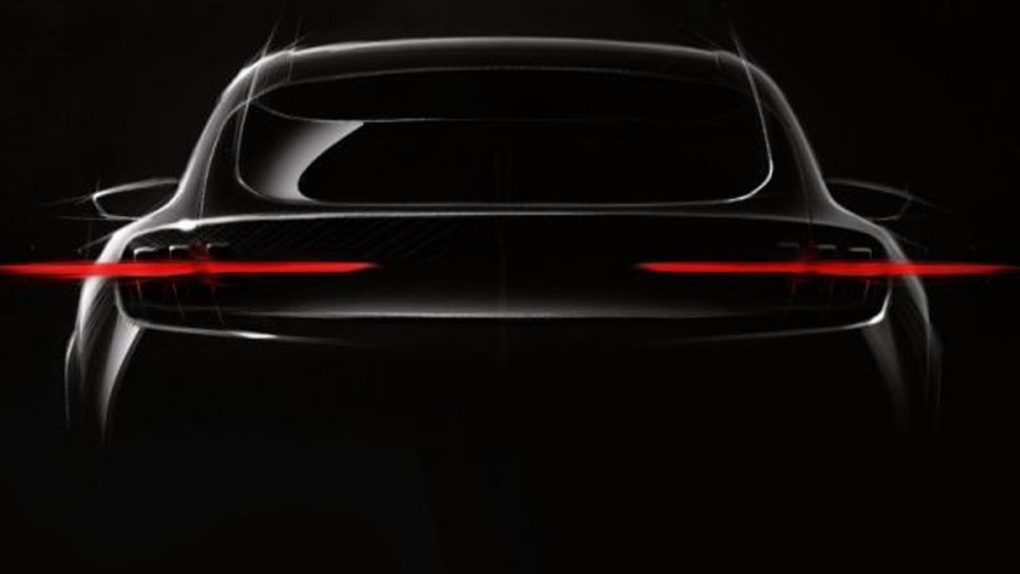 Ford released a first image of its upcoming Mustang-inspired SUV in 2018. (Ford)

During the #GoElectric event in Amsterdam, Ford revealed its schedule for releasing 16 new electric models (light hybrid, hybrid, plug-in hybrid and 100 per cent electric) for Europe by 2021. One of the fully electric vehicles mentioned at the event is a Mustang-inspired performance SUV but the model remains largely shrouded in mystery.

The car manufacturer has been dropping hints about this new model since 2018. It's set to be a 100 per cent electric Mustang-inspired SUV and to be on the market by 2020. While Ford has not yet confirmed any more information or released a photo of what it will look like, it did however announce that the SUV will have a 600-km (370-mile) range, which would place it for example slightly above the Tesla Model Y (300 miles or 482 km announced for its "long-range" version in the US, 540 km for the EU norm), just unveiled and whose first shipments are expected in 2020, in the United States.

The question, however, is what does ‘Mustang-inspired' mean for Ford? Undoubtedly the design of this brand-new SUV will highlight the typical features of the famous "muscle" car. For the rest, Ford remains tight-lipped, which adds to the mystery of this future model including its name.

The other fully electric model which is currently in development at Ford is a variation of its utility Transit without emissions, that is expected to be on the market in 2021.