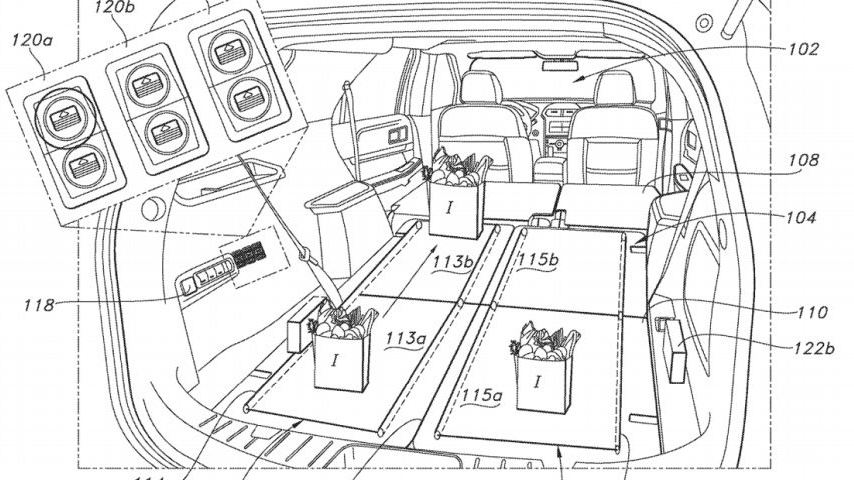 Ford has filed a patent for what can only be described as a conveyor belt for the rear cargo section of its three-row SUVs, to aid in storage and removal of items. Photo courtesy FPO.

To solve the issue of not being able to reach things shoved deep into the cargo space of a three-seater SUV, Ford has patented a conveyor belt solution which would bring those things to you instead.

We've all been there: that watermelon you put in the trunk rolled all the way up to the back of the driver's seat, forcing you to crawl into the cargo space to retrieve it. This is a seemingly small but valid issue, especially for those who don't have the ability to maneuver into that space.

In response to this, Ford applied to patent a "third row conveyor load floor," which, as you may have already guessed, puts a series of conveyor belts on the floor of the cargo space all the way up to the back of the third-row seats. Belt activation would be completely in your control, fortunately, thanks to a gearbox.

This invention could go one of two ways: either with the successful execution by drivers and passengers who can use the belts to retrieve that watermelon, or with a watermelon that explodes as it is rolled onto the ground. In either case, the patent is only a patent, and it may never actually make it to an SUV. On the other hand, if it does, you better be careful not to walk away from the trunk after you've turned it on.