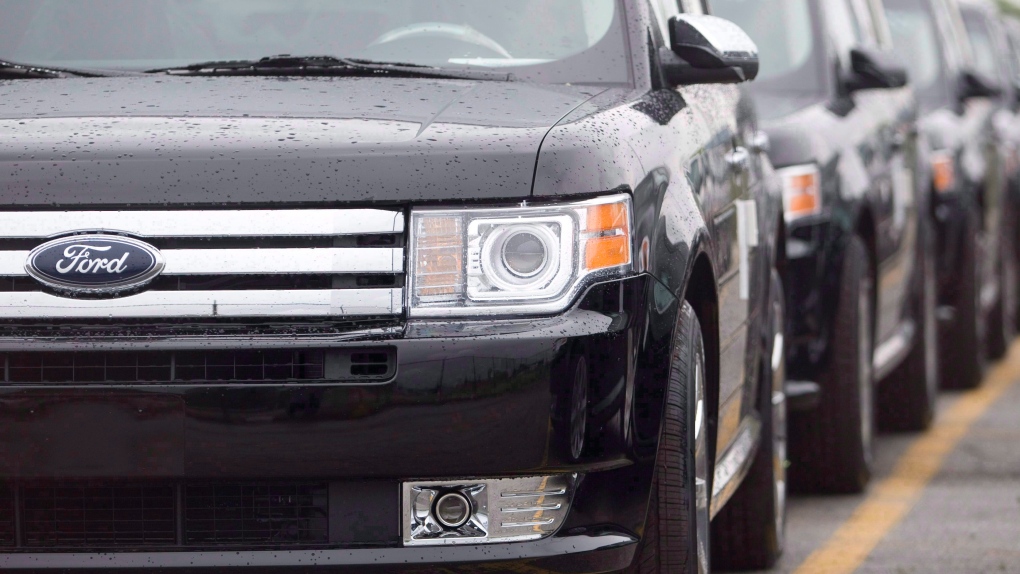 And that's what Ford has done with this hulking monster crossover for 2013 -- sexed it up. The quirky looking tank, when it first arrived on the scene in 2008, was compared by some to a hearse or as the Brits would call it -- the Black Mariah. But the original Flex had a good solid stance and a non-conformist appearance that, especially with a black or white roof and contrasting body colour, made it a hit in California. People liked its spaciousness and distinctiveness and the fact that passengers didn't necessarily have to exit it feet first in a box.

For 2013 Ford has added major sex appeal in styling, engines and technology. They don't even slap the blue oval on the front anymore; instead there's F L E X in large letters spread out across the front of the hood. It gets a nose job too becoming more rounded above a gutsy silver bar where once stood a boring three-bar grille. The headlights have a sly look about them almost hidden on the rounded corners. The tail end now sports dual exhausts with a big F L E X stretched across the rear with finally the admission of Ford ownership through a tiny blue oval right rear.

My tester of course was the high end Limited Edition and it gets dressed up with the "Appearance Package" that adds 20-inch aluminum wheels with painted pockets, a black roof and black mirrors. Inside, the seats are upholstered in leather and are extremely comfortable.

It is a monster-sized SUV with 83.2 cubic feet of cargo room behind the front seat but it shoots off the line like a scalded cat with a 3.5 liter EcoBoost V6 cranking out a huge 365 horsepower to all four wheels. This is the same biturbocharged V6 that goes in the Taurus SHO and in each case EcoBoost is all about the Boost and little about the Eco. I could never beat 12.8 litres per 100 km in my extensive highway driving. But it sure was fun passing slower cars.

I was very impressed with the electric power-assist rack-and-pinion steering system and the powerful brakes. But the 365 horsepower came on so suddenly that you need a very light toe indeed to prevent being forced back in the seats like an astronaut. It is stable and quiet with excellent ride quality.

The new technology on board goes beyond the mighty (thirsty) engine. There's the new-generation MyFord Touch system which is a terrific voice-activated control system for navigation, climate control, telephone -- you name it. The thing understands 10,000 plus words and actually work great once you get the hang of it. I also think there's a place and a need for stuff like Blind Spot Information System with cross-traffic alert, radar-enabled adaptive cruise control with collision warning and brake support in a vehicle this large.

And speaking of large -- the dressed up limited version I drove will cost you 57 large plus tax to take it off the dealer's lot. That is a lot. But if you want to haul around seven people in comfort in all three rows, tow a huge boat up to the cottage and wouldn't be seen dead in a mini-van, then this could be the Sport-tank for you. It's a sexed-up world and you'll fit right in.