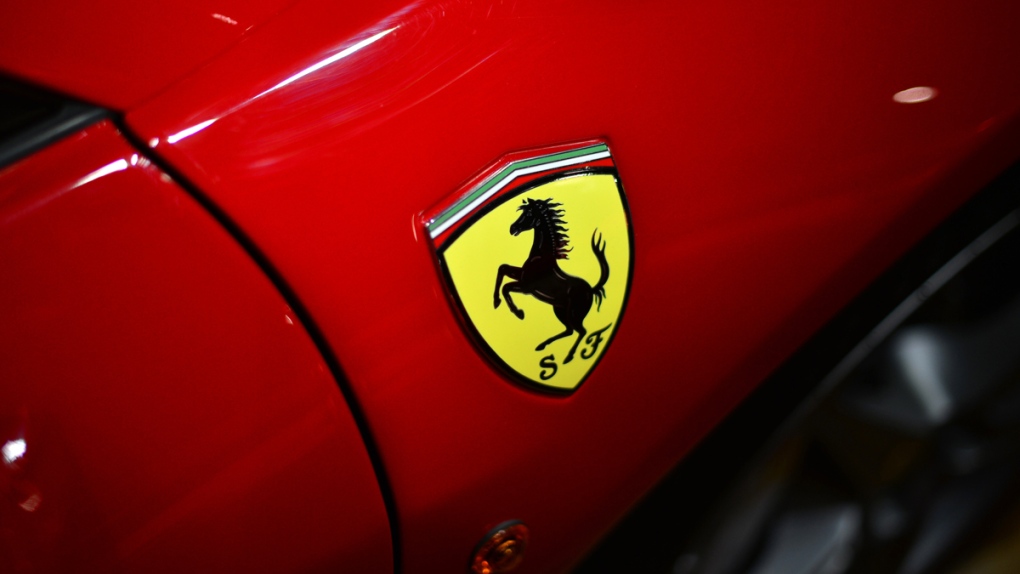 MILAN -- Ferrari CEO Louis Camilleri said Tuesday the Italian luxury sports car maker could shift deliveries to other markets to adjust to any weakness in China due to the coronavirus, and that he was more concerned about Hong Kong.

As a result, China deliveries in the first half of 2020 will appear weak by comparison, Camilleri said, even without the impact of the coronavirus.

`'We can offset weaknesses in China if its for a few months," he said. `'Hong Kong will be more of a problem," he said, citing continued softness in the market due to protests.

Italian luxury sports car maker Ferrari on Tuesday reported that its profits last year sank 11 per cent as it shifted its geographical footprint and shouldered higher financial charges, but raised its forecasts for 2020.

Ferrari upgraded its 2020 revenue forecast to over 4.1 billion euros, from 3.8 billion euros outlined in its business plan.

Shipments to the Americas shrank by 3 per cent to 2,900 vehicles, which Ferrari said was part of a planned geographic shift. At the same time, shipments to the largest market, Europe, the Middle East and Africa, rose by 16 per cent, to 4,895 vehicles. The rest of Asia, beyond China, also rose in the double digits, to 1,500 vehicles.

Engine revenue was down by a third due to lower sales at Maserati.

Camilleri also told investors that Ferrari was investing to buy land adjacent to its Maranello headquarters, where it planned to develop future technologies. He said no new manufacturing capacity was needed `'for the foreseeable future," with current facilities able to build up to 15,000 vehicles if the company so chooses.

`'This will allow us to maintain our competitive edge as we adopt new technology in-house rather than rely on third-party suppliers," Camilleri said.

He said the company was also working to get a fuller picture of the carmaker's carbon footprint, looking both upstream to suppliers and downstream to production. Measures include a shift under way to more hybrid power trains and alternative fuel technologies.

`'Our goal is to reach carbon neutrality. I think our advantage is that we only make 10,000 cars, so that should be possible," Camilleri said.