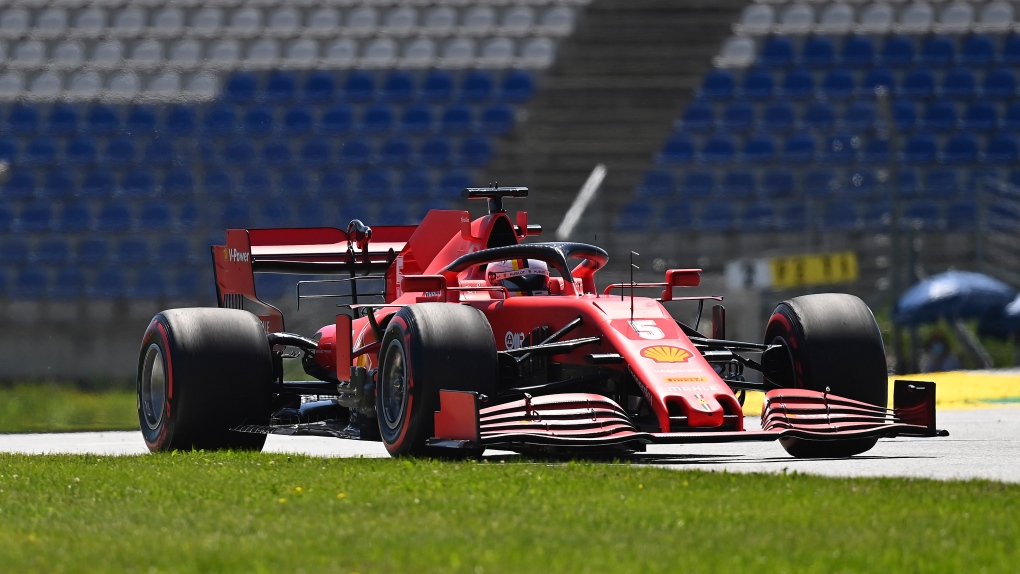 Ferrari driver Sebastian Vettel of Germany steers his car during the first practice session for the Styrian Formula One Grand Prix at the Red Bull Ring racetrack in Spielberg, Austria, July 10, 2020. (Joe Klamar/Pool via AP)

SPIELBERG, AUSTRIA -- Formula One added the inaugural Tuscan Grand Prix and Russian GP to this year's race calendar on Friday.

The Tuscan GP at the Mugello circuit will be held on Sept. 13, the week after the Italian GP in Monza. They will be followed by the Russian GP at the Sochi Autodrom on Sept. 27.

It brings the number of races this season to 10, all in Europe, with F1 still hopeful of holding 15-18 races and finishing the season with races in Bahrain and Abu Dhabi.

Mugello is about 32 kilometres (20 miles) from Florence. It has never staged an F1 race but has hosted F2 and MotoGP races, as well as previously being a Ferrari test track.