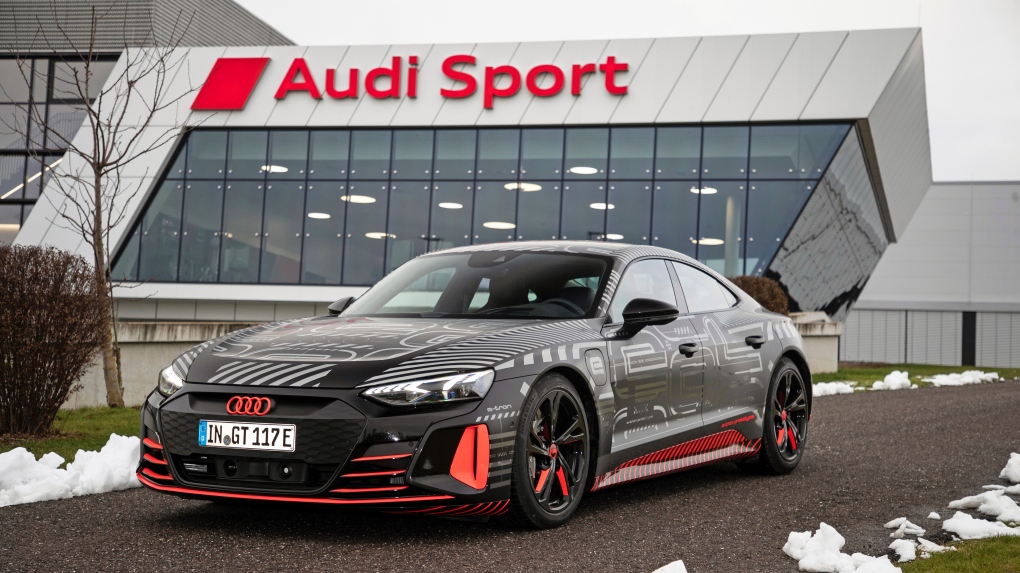 The atmosphere at the 2021 Consumer Electronics Show, held virtually for the first time due to the pandemic, struck a different tone than in years past. Without hordes of tech-hungry onlookers jockeying for position through packed convention centre halls, automakers appeared more reserved in their proclamations for the future. Several high-profile exhibitors -- such as Ford, Honda and Toyota -- opted to sit out this year.

The automakers that did present to online audiences focused on more advanced infotainment systems and the continued evolution of electric vehicles, some of which you'll be able to see on dealer lots by this year. Here are some of the top car tech features Edmunds' experts saw at CES 2021.

At CES the luxury automaker showed a near-final prototype of its upcoming e-tron GT electric vehicle. The e-tron GT will be a sleeker and sportier sedan version of Audi's current e-tron Sportback SUV. Audi says it will have an estimated range of more than 200 miles.

The e-tron GT should be just as smooth as it is fast. There will be a comfortable cruising mode that operates in near silence for maximum efficiency, as well as a dynamic performance mode that uses an adaptive suspension and four-wheel steering to attack curving roads. The interior can be ordered as leather-free, with cabin materials including recycled plastics and microfibers. Audi will unveil the production version of the e-tron GT later in 2021. Expect it to compete against rivals such as the Porsche Taycan and Tesla Model S.

Twenty years after the introduction of its pioneering iDrive infotainment system, BMW teased a sweeping update to the software to be fully unveiled later this year. The luxury automaker promised further integration of the system's current features -- such as intelligent voice-activated controls and remote software upgrades -- as well as new ones.

The new iDrive promises greater access to services from the digital cloud, plus increased awareness of the vehicle's physical surroundings. It will recognize hazard warnings from other BMW vehicles on the road, predict the availability of parking spaces in certain situations, and enhance automated parking capabilities. The upcoming BMW iX electric crossover, expected to go into production in 2022, will be the first vehicle equipped with the updated iDrive system.

The automaker behind brands such as Jeep, Dodge and Ram revealed new additions to its Uconnect Market services and the Uconnect 5 infotainment system. For instance, in one of the most topical announcements at CES, drivers will now be able to place Grubhub orders for contactless pickup through the Uconnect Market.

The Android-based Uconnect 5 system will make its way into new vehicles later this year. Among them are the recently unveiled Jeep Compass and Grand Cherokee L, plus the Chrysler Pacifica minivan. Key features include faster processing, support for higher-resolution screens, enhanced voice control, and wireless capability for both Apple CarPlay and Android Auto.

In a wide-ranging keynote presentation that addressed everything from the practical to the fantastical -- a single-seat drone aircraft, shown in a concept video, actually did make the cut -- General Motors outlined its plans to accelerate the production and adoption of electric vehicles across a full spectrum of styles, sizes and brands.

The automaker plans to introduce 30 new electric vehicles globally by 2025, including an update to its Chevrolet Bolt hatchback and a larger crossover version as well. The Cadillac Lyriq is an electric crossover with a 33-inch digital display and the futuristic Celestiq will offer all-wheel drive, four-wheel steering and a full glass roof. Eventually, the battery-powered platform underneath these vehicles will be applied to everything from performance cars to full-size pickup trucks, the company said.

Automakers have been racing to catch up with Tesla when it comes to large, splashy infotainment touchscreens. With the CES launch of its new MBUX Hyperscreen, a 56-inch digital display stretched across the entire dashboard without any dials or buttons, Mercedes has firmly set a new standard.

The MBUX Hyperscreen builds upon the MBUX system in current Mercedes models with a larger surface and new user interface that aims to make it easier to use. It will debut on the upcoming EQS electric crossover as an optional feature. The real splash will come in a few short years when the Hyperscreen is available on standard Mercedes sedans and SUVs.

Automakers were restrained in their announcements compared with years past, but the new tech features outlined at CES 2021 demonstrate the future of automotive progress will consist of incremental improvements rather than a sweeping, rapid revolution.

This story was provided to The Associated Press by the automotive website Edmunds. Ryan ZumMallen is a staff writer at Edmunds.