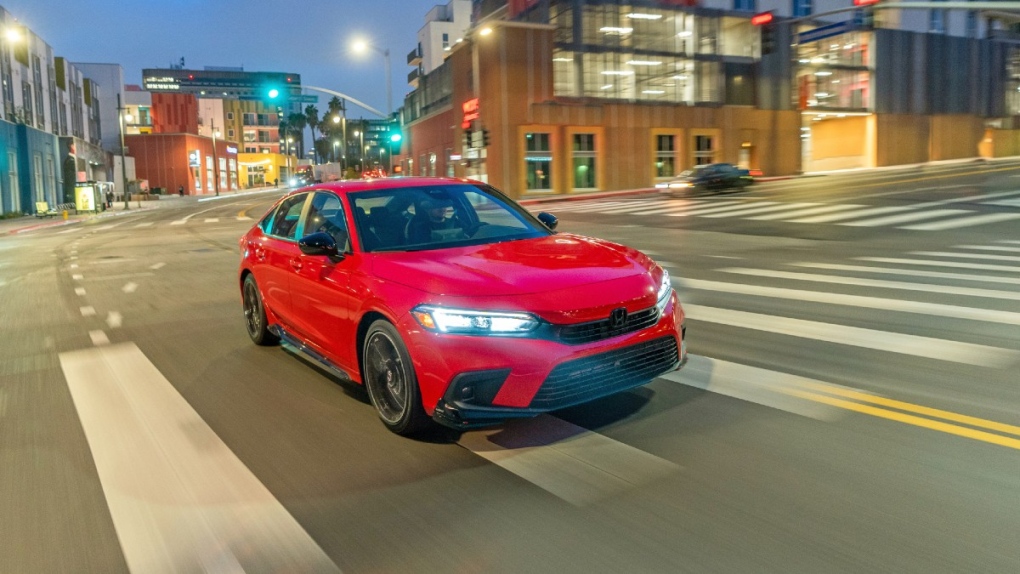 The fully redesigned 2022 Honda Civic, which is now at dealerships, will certainly be of interest for many small-sedan shoppers. After all, the Civic has been one of the most popular cars sold in America for decades. The most noteworthy change is the Civic's more conventional styling. You might find it boring, or maybe it'll be a relief from the previous generation's generous use of angular creases. Underneath the smoother sheet metal is a similar lineup of engines and a smattering of new features.

A popular cross-shopped rival is the Toyota Corolla. The latest generation, which debuted for the 2020 model year, is one of the best Corollas to come out in a while, boasting sporty styling and an improved interior with nicer-feeling materials. Which small sedan is the better buy? Edmunds' experts compare the 2022 Civic and 2022 Corolla to find out.

Honda offers two engines for the Civic: a base 158-horsepower four-cylinder and an upgraded 180-horsepower turbocharged four-cylinder that comes standard in the EX and Touring trims. The turbocharged engine provides more satisfying acceleration plus slightly better EPA-estimated fuel economy: It gets 36 mpg in combined city/highway driving versus 35 mpg combined for the base engine.

From the driver's point of view, the Honda Civic pulls ahead of the Toyota Corolla literally and figuratively. In Edmunds' testing, the Civic with the turbo engine accelerated from zero to 60 mph in 7.9 seconds, which is quicker than average for the class. The Corolla, even with its more powerful engine, trails at 8.8 seconds and tends to feel even slower than that result suggests. Drivers will likely feel the urge to floor the accelerator more than they would with the Civic when getting up to highway speeds.

Both sedans come standard with advanced driver aids such as traffic-adaptive cruise control and lane keeping assist, which is a system that can correctively steer the car if you start to drift out of your lane. These work pretty well, though the Corolla's systems are less prone to being intrusive or annoying to the driver.

The Civic and Corolla both come standard with a 7-inch touchscreen with Apple CarPlay and Android Auto smartphone integration. Honda offers a larger 9-inch touchscreen plus a wireless smartphone charging pad and wireless functionality for CarPlay and Android Auto -- three things you can't get on the Corolla -- but only on the top Touring trim. In general, value is pretty even here.

Honda and Toyota have similar basic and powertrain warranties too. But Toyota does one-up Honda by offering two free years of complimentary maintenance.

The Civic feels composed and relatively sporty when navigating curves in the road. The Corolla is less inspiring. Even for drivers uninterested in spirited driving, the differences are noticeable, with the Civic instilling more confidence in everyday conditions.

To their credit, both the Civic and Corolla have agreeable ride qualities. Potholes and ruts are kept from being intrusive thanks to compliant suspensions and tires. The driver's seats are equally comfortable, too, though the Honda would probably gain an advantage if its driver's seat had better lumbar support.

The Corolla is at a distinct disadvantage when it comes to quietness. The droning of the tires on pavement is noticeable at city speeds and becomes downright loud on the highway, to the point that it becomes difficult to drown it out with the stereo.

Rear seat space is similar for both sedans, with enough headroom and legroom for the average-size adult. The Civic earns a few more points for its trunk, which can hold up to 14.8 cubic feet of cargo compared to the Corolla's 13-cubic-foot capacity. For smaller items, the Civic also has well-sized bins, pockets and trays for your personal items. The Corolla's are merely adequate by comparison.

Both the 2022 Honda Civic and Toyota Corolla are solid choices among small economical sedans, with reputations built on dependability and durability. The Civic's slight edge in several areas, however, makes it the better choice.

This story was provided to The Associated Press by the automotive website Edmunds. Mark Takahashi is a senior reviews editor at Edmunds.

Leaders from across the political spectrum came together Saturday to pay tribute to a long-serving British lawmaker who was stabbed to death in what police have described as a terrorist incident.

Government bracing for surge in passport renewals after border announcement

The government is bracing itself for a surge in passport renewals and other services after news that the Canada - U.S. land border will re-open in November