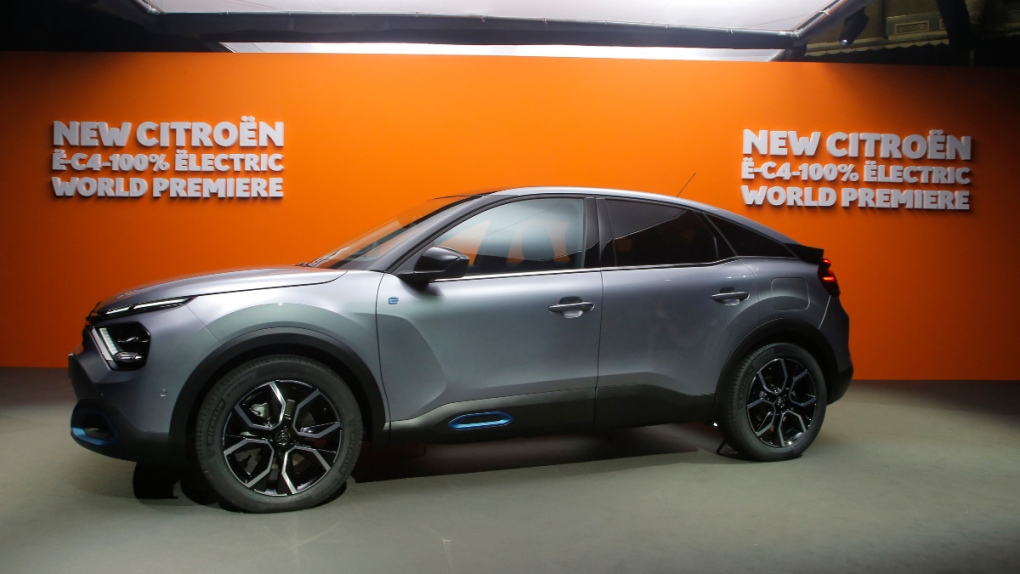 FRANKFURT -- PSA Group unveiled one of its most important new models Tuesday with 20 people physically present and 2,600 watching online - a marketing configuration that the coronavirus seems likely to accelerate across the industry after the Geneva auto show was cancelled for the second straight year.

The company's Citroen brand showed off the new version of its C4 compact hatchback, a vehicle that will be key to the company's sales as it faces a highly competitive European car market amid severe headwinds from the coronavirus.

Citroen brand head Vincent Cobee said that the new hatchback represents "the core of the European market, which is the family car."

The new C4 shakes up the design of its predecessor by adding elements more familiar from SUVs such as a higher seat position, more ground clearance and prominent wheel arches. In addition to diesel and gasoline versions it will come in an electric-only variant with a 50 kilowatt-hour battery that offers range of up to 350 kilometres (217 miles) and can charge to 80% in 30 minutes - if a fast-charging station is available.

On top of the virus outbreak the auto industry faces numerous headwinds including regulatory requirements by the European Union to lower average emissions of carbon dioxide, the main greenhouse gas blamed by scientists for climate change. Carmakers are aiming to meet the new limits with a combination of battery vehicles, hybrid cars that use both electric motors and internal combustion engines, and more-efficient gasoline and diesel models. Failure to meet the new fleet average of 95 grams of carbon dioxide per kilometre driven means fines that can run thousands of euros (dollars) per vehicle.

The C4 will compete in a crowded European small-car market against vehicles such as the Volkswagen Golf and the Ford Focus. Sales prospects for all carmakers are uncertain as demand recovers from lockdowns that closed dealerships and unsettled consumers. Citroen's sales fell 86.4% in April during the period of the most severe restrictions on activity, to 9,500 vehicles from 69,900 in the same month last year.

Automakers had been moving more marketing events online even before the virus outbreak to save the costs of auto show attendance and to get exclusive focus on their product.

The new C4 goes on sale later this year as part of the 2021 model year.