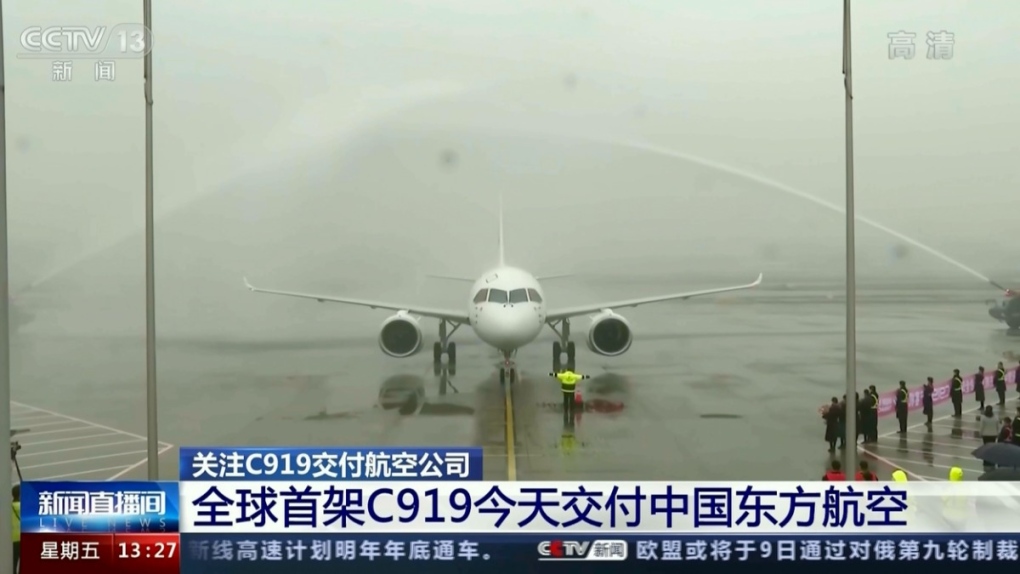 A Chinese airline on Friday became the first customer to take delivery of a long-range jetliner produced by a state-owned manufacturer set up to try to compete with Boeing and Airbus, state TV reported.

The C919 plane made by Commercial Aircraft Corp. is part of the ruling Communist Party's efforts to transform the country into a creator of profitable technologies and reduce reliance on foreign products.

The model delivered to China Eastern Airlines Ltd., one of China's four major carriers, seats 164 passengers, China Central Television reported. It gave no details of where it would be operated.