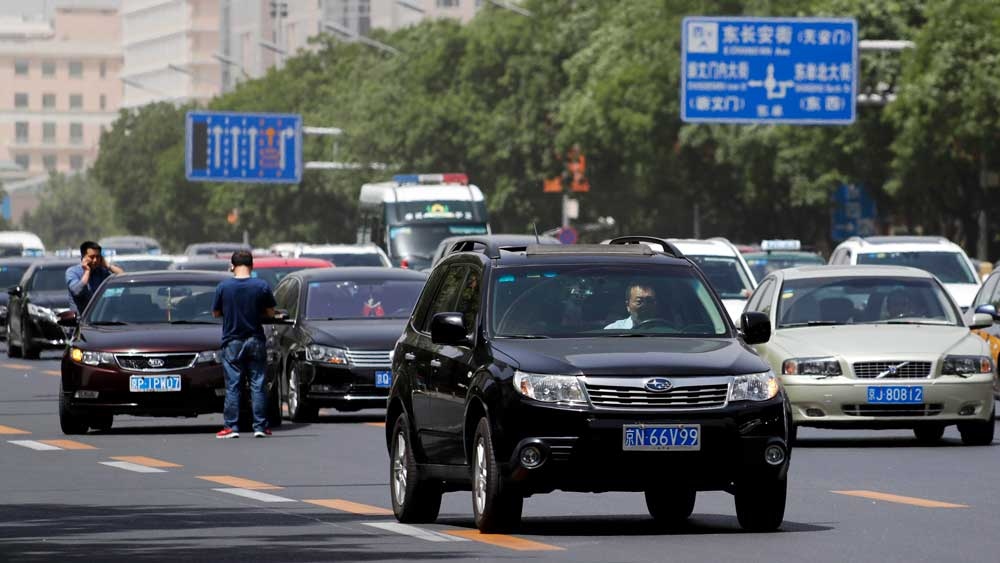 An SUV is driven past a traffic accident as motorists clogged with heavy traffic on a road in Beijing, Thursday, May 11, 2017. China's auto sales shrank in April as demand for most types of vehicles wilted, an industry group said Thursday. (AP Photo/Andy Wong)

The China Association of Automobile Manufacturers said 1.7 million passenger cars were sold in China last month, down 3.7 per cent from the same period a year ago.

That's down from 1.7 per cent sales growth in March.

Total vehicle sales, including buses and trucks, fell 2.2 per cent from a year earlier to 2.1 million.

Auto demand in China has been cooling since Beijing raised a sales tax on small-engine vehicles at the start of the year, putting off drivers from buying cars. Analysts forecast the market will grow by mid-single digits this year, down from 15 per cent in 2016. For the year to date, auto sales have grown a tepid 2.5 per cent to 7.7 million vehicles.

Some 24.4 million vehicles were sold in China last year, more than any other country, making it the most important market for global automakers. However, this year's slowing growth does not bode well for the industry.

The association said the sport utility vehicle segment was the only one that grew, with sales rising 11.1 per cent over a year ago to 684,400.

SUVs are popular with Chinese families who see them as safer, and their sales help automakers offset falling demand for sedans, which contracted 7.7 per cent last month, and minivans, which shrank 20 per cent.

Among foreign carmakers in China: