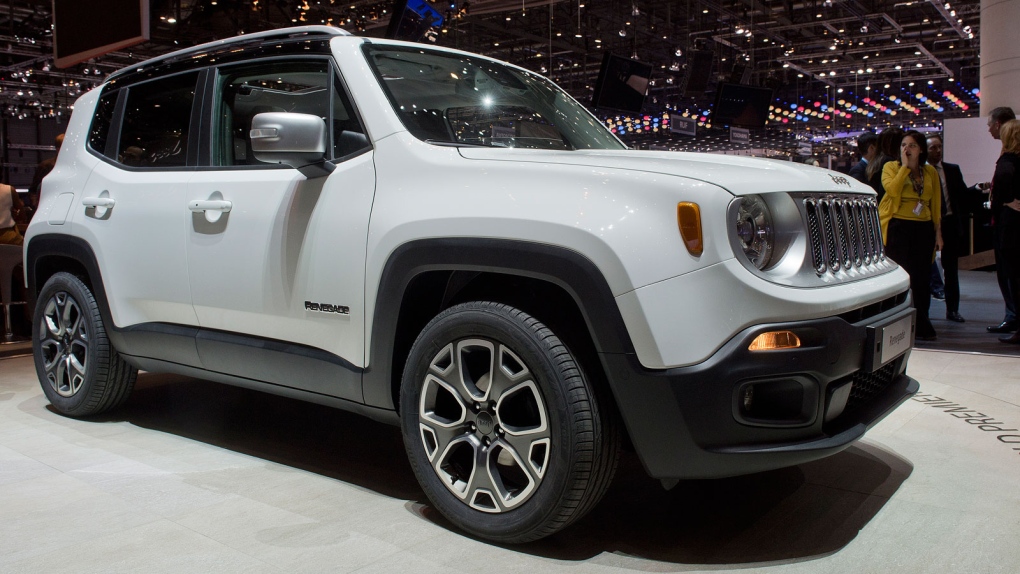 GENEVA -- Carmakers are banking on the fast-growing demand for small SUVs to earn new customers in the U.S. and help turn around their businesses in Europe's still-fragile market.

U.S. carmaker Chrysler's Jeep brand launched the Renegade and France's Citroen introduced the funky Cactus at the Geneva Auto Show on Tuesday. And they are just the start of a long list of carmakers looking to "come to the party," said IHS analyst Tim Urquhart.

They are coming big and small. Mighty Volkswagen, aiming to become the globe's No. 1 automaker by 2018, has rolled out the concept T-Roc while South Korea's fourth automaker SsangYong will launch the XLV sport utility vehicle next year, with the goal of doubling European volumes from 3,000 last year to 6,000 in 2015.

The market for small SUVs is growing just about everywhere across the globe. It's among the fastest-growing market segments in the U.S., where young people and downsizing baby boomers are attracted to the tall cabin, big cargo area, fuel efficiency and maneuverability. And in Europe small SUVs have proven themselves more recession-resistant than most.

Here's a glance at some of the models on the stands at Geneva. 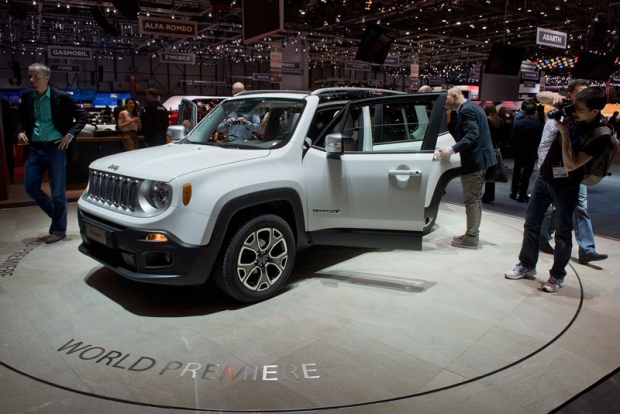 The Renegade, with Jeep's classic vertical grille and round headlamps, can't arrive soon enough for the brand's owner, Chrysler Group LLC. It's the well-known brand's first serious small, fuel-efficient contender. It is considered key to Jeep's goal of reaching 1 million in sales this year, an increase of nearly 40 per cent over 2013.

In Europe, for instance, the market for small SUVs has grown to 1.1 million sales per year, said Mike Manley, president and CEO of the Jeep brand. But the Renegade also will go after small SUVs in the U.S. such as the Kia Soul and Nissan Juke.

Manley said the price will be competitive enough to entice not only consumers looking to buy a small SUV, but also attract those who were considering subcompact sedans or hatchbacks.

To get better mileage, the Renegade will have 16 engine and transmission configurations for different markets around the world, including the first nine-speed automatic transmission in a small SUV. Transmissions with more gears generally help engines run more efficiently, especially at highway speeds. Two diesel engines will be offered in Europe, but not the U.S. The Renegade also will be capable of going off-road like other Jeeps.

The Renegade combines a rugged, outdoorsy feel that is part of the brand, combined with splashes of colour and the latest technological interfaces to appeal to young buyers. The vehicle includes dual pop-out roof panels, a return to the sun-roofs of yesteryear.

The 2015 Renegade will be assembled in Italy on a Fiat platform and available first in Europe in the fall and in the U.S. in late December or early January. 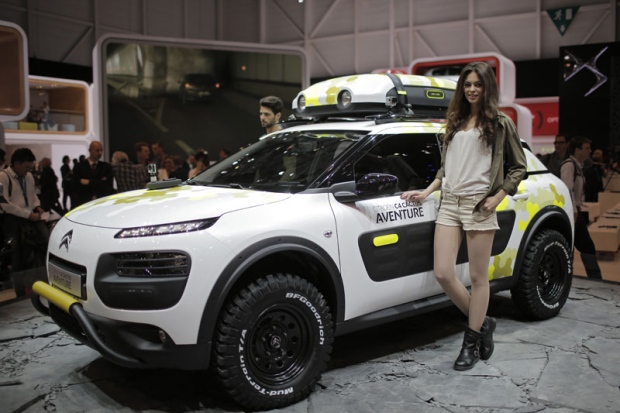 The Citroen C4 Cactus developed from a concept car and it retains that funky anything-goes heritage. The car has a bold shape with rubberized panels on the side doors that have real-life application.

"You can take a supermarket caddy and push on the car and no wear and tear on the car at all," said Citroen managing director Federic Banzet. "It is a real innovation, which is very useful," and allows for personalization by changing the colour.

But the real ingenuity is inside, where Citroen challenges design themes "that go back to the horse and carriage," said Urquhart.

Citroen has rethought the interior, moving away from the drive column to push buttons for drive, reverse and neutral. The French carmaker, part of PSA Peugeot Citroen, also has raised the digital speedometer and odometer to sit on the dashboard instead of embedded in it, and put a tablet-like interactive screen at nearly eye-level for entertainment, in-car telephone as well as temperature control. The roomy glove box opens trunk-like from the top, a simple solution to prevent contents from spilling out when opened on the go.

So, why name the car Cactus, which hardly evokes aerodynamics or speed?

In fact, a diesel model can average 3.1 litres per 100 kilometres, or 75 miles per gallon, thanks also to weight savings in the car, Banzet said.

"The Cactus is a bit of a brave thing. I would put it on the same level as the Fiat Multipla," said Urquhart, referring to the now-phased-out Fiat six-seater utility wagon that sat three across a front bench and inspiring both ridicule for its distinctive front-end bump and fierce loyalty for its practicality. "I hope it doesn't suffer the same fate as the Mulitpla. The history of the industry is not kind to manufacturers who do take risks." 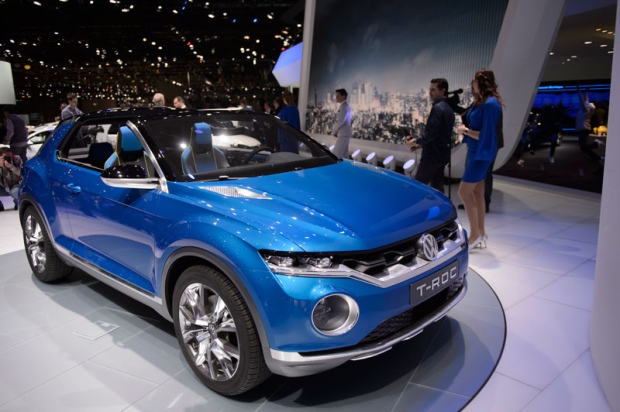 Volkswagen's T-Roc concept car is an SUV on the popular Golf platform, which would allow all available VW drive trains, from gasoline to diesel combustion engines to plug-in hybrid electric technology that it is rolling out now with the Golf. The concept boasts a fast, sloping roofline with 3-dimensional tail lights, white wheeled arches and sculpted precision lines. Like the Jeep Renegade, if offers the possibility to remove a panel and drive open top.

"Over the past 24 months, Volkswagen has presented a cavalcade of new SUVs," Volkswagen's Heinz-Jakob Nuesser told reporters Monday evening. "We would like to build the T-Roc. It would be the logical extension to the Golf."