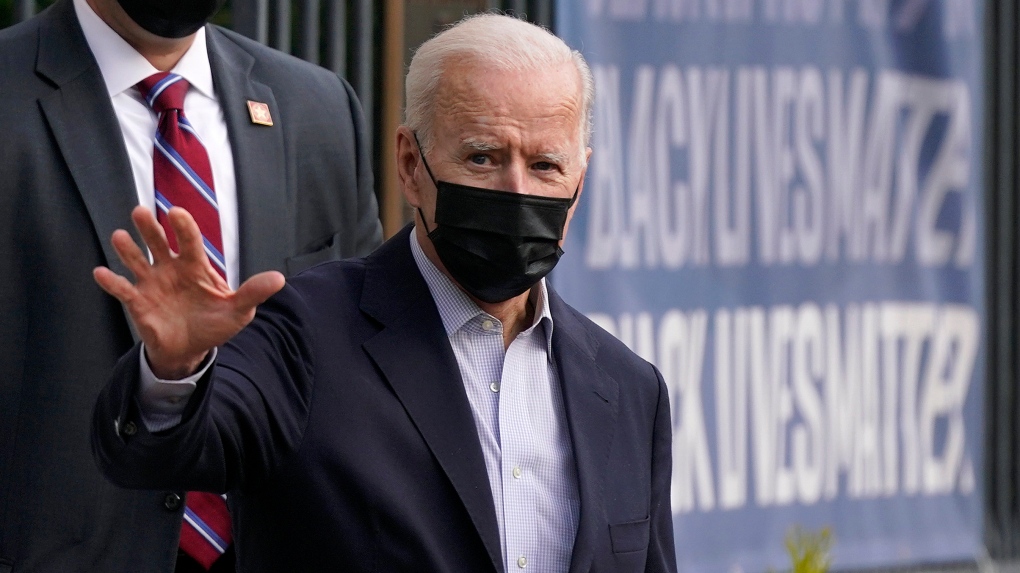 WASHINGTON -- Two big South Korean electric vehicle battery makers said Sunday they have settled a long-running trade dispute that will allow one company to move ahead with plans to manufacture batteries in Georgia. U.S. President Joe Biden called it "a win for American workers and the American auto industry."

The agreement between LG Energy Solution and SK Innovation ended the need for Biden to intervene in a case closely watched for its implications on Biden's clean-energy agenda, which includes a sharp increase the number of electric vehicles as part of his plan to address climate change. Biden had until Sunday night to make a decision, following a ruling in February by a trade commission.

The companies said in a joint statement that SK will provide LG Energy with a total of US$1.8 billion and an undisclosed royalty. They agreed to withdraw all pending trade disputes in the United States and South Korea and not assert new claims for 10 years.

The companies pledged to work together to strengthen the EV battery supply chain in the U.S. and support the Biden administration's efforts to advance clean energy policies, including electric vehicles.

The U.S. International Trade Commission had decided in February that SK stole 22 trade secrets from LG Energy, and that SK should be barred from importing, making or selling batteries in the United States for 10 years.

The decision could have left Ford and Volkswagen scrambling for batteries as they both roll out additional electric vehicle models, a priority for the companies and for the Biden administration. SK has contracts to make batteries for an electric Ford F-150 pickup truck and an electric Volkswagen SUV.

The commission said SK could supply batteries to Ford Motor Co. for four years and to Volkswagen AG for two years. The decision had jeopardized a US$2.6 billion battery factory that SK is building in Commerce, Georgia.

Democratic Sen. Jon Ossoff of Georgia, who at Biden's request had jump-started negotiations between two companies, said the settlement "has saved the battery plant in Commerce, Georgia, ensuring thousands of jobs, billions in future investment, and that Georgia will be a leader in electric vehicle battery production for years to come."

U.S. Trade Representative Katherine Tai said the deal "builds confidence" in the reliability and responsibility of the two companies as suppliers to the U.S. auto industry. The agreement puts U.S. "in a stronger position to drive innovation and ... clean energy technology while also respecting the rights of technology innovators at the heart of trade and manufacturing policy," Tai said.

Added Sen. Raphael Warnock, D-Ga.: "The best way to protect workers in Commerce -- and the jobs Georgians were promised -- is for the companies involved to negotiate a settlement in good faith,." He said he raised the battery issue with Biden during the president's March 19 visit to Atlanta.

Biden said in a statement that building electric vehicles and the batteries needed for them is an important part of his US$2.3 trillion infrastructure plan.

"We need a strong, diversified and resilient U.S.-based electric vehicle battery supply chain, so we can supply the growing global demand for these vehicles and components -- creating good-paying jobs here at home, and laying the groundwork for the jobs of tomorrow. Today's settlement is a positive step in that direction," Biden said.

Ford, in a statement, said the deal "allows us to focus on delivering a range of Ford world-class battery electric vehicles for our retail and fleet customers, while also supporting American workers, the economy and our shared goal of protecting the planet."