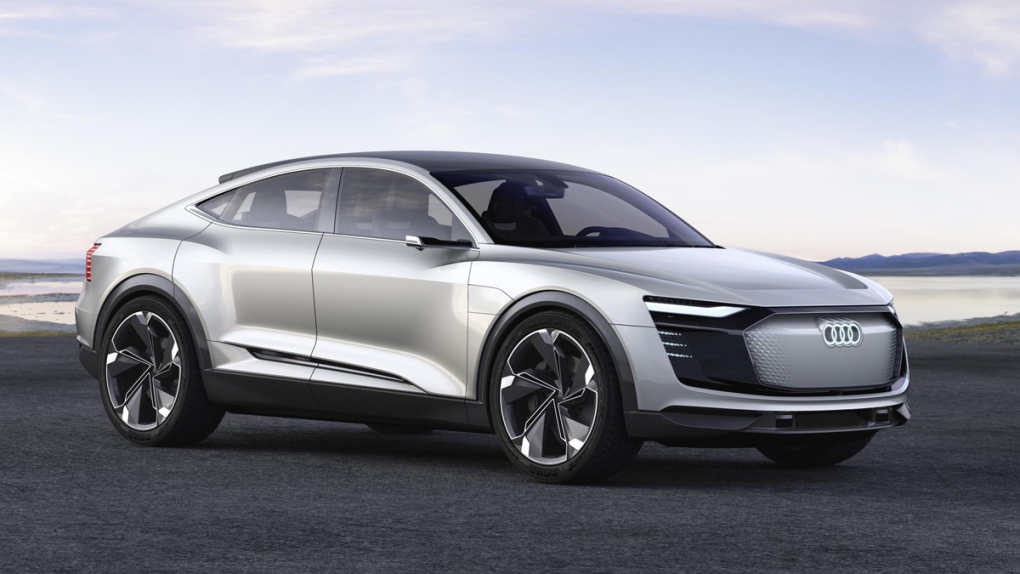 After keeping a comparatively low profile at New York, Audi, a company with a reputation for delivering show-stopping concept cars for every automotive event it attends, has arrived in Shanghai in top form with a sporty electric car concept, the e-tron Sportback, that it promises will be a production reality within the next two years.

Like VW, Audi is showing the world what's possible with plug-in electric cars via a series of conceptual studies. It started with the e-Tron Quattro in Frankfurt back in September 2015 -- a plug-in SUV -- and on Wednesday the second car in the series, a fastback (Audi's name for a car with a coupé form factor but with four, rather than two doors) made its global debut.

Promising a 0-100km/h time of 4.5 seconds and a range of 310 miles between charges, the concept has three individual electric motors -- one driving the front axle and one driving each of the rear wheels for a combined output of 496bhp -- providing grip and all-wheel drive as well as rapid acceleration.

And, thanks to its generous proportions, it will need help in the handling department. Despite looking like a compact yet high-sided GT car, this concept is 4.9 metres long, 1.98 metres wide and stands 1.53 metres tall and the visual trick has been achieved by sitting it on huge, 23-inch wheels.

In other words, this is an imposing, impressive vehicle, but the geographical choice for the reveal is just as important as the car itself. "We have made a conscious decision to give the Audi e-tron Sportback its first showing here in Shanghai, because China is the world's leading market for electric automobiles. That applies as much to the infrastructure and financial support as it does to sales," said Dr. Dietmar Voggenreiter, the company's global head of Marketing and sales. "In the next five years we will be offering five e-tron models in China, including purely battery-powered vehicles with ranges well in excess of 310 miles."

The first pure electric e-tron model will be the production version of the Quattro concept. It will be arriving in China within the next 12 months, and Audi is betting on it being a huge hit and laying the groundwork for its sportier coupé cousin in 2019.

"[The e-tron Quattro will be the] first electric car in its competitive field that is fit for everyday use," said Audi's chairman, Rupert Stadler. "We will make this sporty SUV the must-have product of the next decade. Following close on its heels, in 2019, comes the production version of the Audi e-tron Sportback."