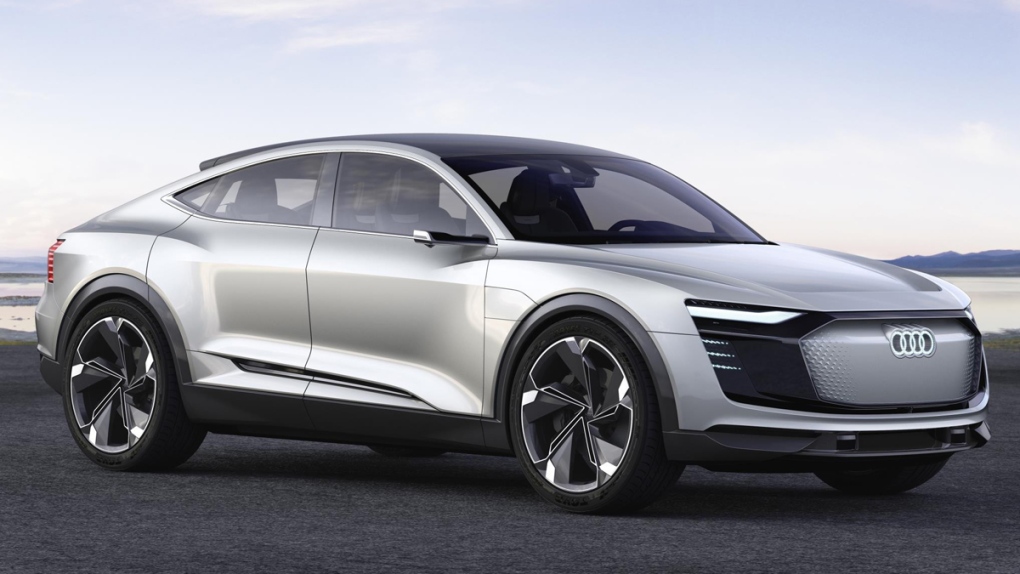 In the same week that Polestar, Volvo's high-performance tuning arm, revealed that it's about to go it alone as performance car company specialising in fully electric vehicles, Audi has confirmed that its first fully electric premium family sportscar will be a market reality in 2019.

The Audi e-tron Sportback concept was one of the stars of this year's Shanghai auto show and now it is destined to go from show-stopping design study to real-world emissions-free performance car in less than two years.

In auto show form, the high-sided four door ‘gran turismo' coupé is capable of traveling 310 miles on a single charge and, thanks to having three electric motors, one at each rear wheel and one mounted on the front axle splitting power left and right, can accelerate off the line and on to 100km/h in just 4.5 seconds and should remain glued to the road no matter the speed or cornering force.

The combined output of those motors means that the car has over 500hp to draw on but that total output is only served up when absolute performance is required, not unlike the KERs system on Formula 1 cars that provides an extra boost for overtaking.

Those performance figures, plus the car's proportions (it has roughly the same wheelbase as the existing Audi A7) suggest that it will be sharing some technology with the Porsche Mission E, which also stole the show when it debuted in Frankfurt in 2015 and which is slated to go into production before decade's end.

In true Audi fashion, the Sportback is being described as an entirely new model segment, inasmuch as it takes the lines and proportions of a four-door coupé and applies them to the crossover segment. However, even here it can't claim to be the first as Aston Martin has already performed that particular optical illusion with the DBX concept, unveiled in Geneva in 2016 and also getting ready to go into production as a full-on EV.

Before the Sportback goes on sale, Audi will be testing the water with the e-tron electric SUV. It is going into production in 2018 and like the sportback is to be built at the company's Belgian plant.